A group of historic Fife golf clubs is looking forward to a new decade after celebrating a remarkable year in which some of its best-ever figures were recorded. Links with History, which features a selection of the finest courses in Scotland, confirmed it had seen some of its best year-on-year booking figures during 2019 with some months witnessing five-fold increases. 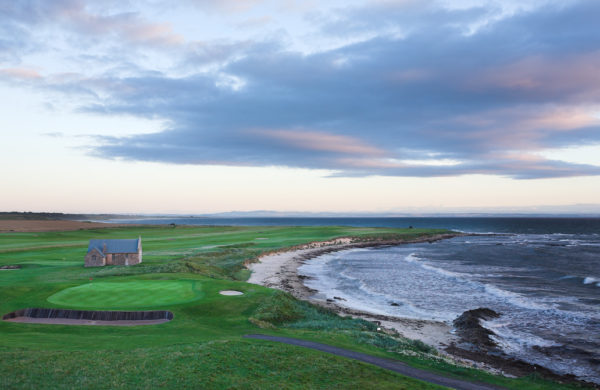 The group was formed around four clubs and five courses that shared a golfing legacy stretching back 700 years. Featuring links, heathland and parkland courses designed by some of the legends of the game, including Old Tom Morris and James Braid, Links with History celebrates golf’s golden era.

This compelling combination of history and sport has helped the group record a significant boost to the number of rounds booked with overall year-on-year totals up nearly 25% during 2019. In fact, this healthy rise reached a peak during August when bookings shot up by 400% prompting one spokesman to call it one of the best.

“It has been a terrific year for Links with History with increased rounds being recorded across the season,” noted David Roy, secretary manager at Crail Golfing Society (pictured). “The increase has been especially pleasing given the geographic spread of our visiting golfers and the increasing influence of tour operators. In terms of year-on-year growths; it’s been one of the best. That said, our objective is to deliver memorable golfing experiences to all our visitors whether they play a couple of our courses, or all of them.”

Crail Golfing Society is the seventh oldest golf club in the world and the second oldest in Fife after the Royal & Ancient Golf Club of St Andrews. In 2020, it will officially reopen the stunning Balcomie Links after a major renovation project during a special invitational golf day marking the 125th anniversary of the course opening. Ladybank Golf Club is presently working on a bunker renovation project which will see 11 holes complete this winter and the remaining seven holes in the winter of 2020/21. In June next year, the club will host the Scottish Ladies Amateur Championship.

Visitors who have enjoyed Crail Golfing Society, Ladybank, Lundin Links (top picture) and Scotscraig golf clubs during 2019 have travelled from around Scotland and England to take advantage of the special rates offered by Links with History. In addition, they have also come from Germany, Austria, Canada, the US, Sweden, Holland and Australia. What’s more, the golf travel industry is playing an increasingly important role in bolstering the figures with over half of golfers booking rounds during August doing so through tour operators.

“The group has been keen to offer something different to the well-worn paths followed by golf travellers to Scotland,” noted Roy. “This commitment has included refining our operations and improving our marketing endeavours with impressive results. Engaging The Word Association, which manages the day-to-day running of the business, has been key to our continuing success.”

The Word Association is a leading marketing consultancy in the golf, food and tourism sectors. It took on the running of Links with History two years ago after helping the group with its communication strategy.

“Links with History has an engaging brand and strong proposition for the golf travel market,” noted Yvonne Alexander, director of The Word Association. “We saw a clear opportunity to develop the business not only through improved communication but also by refining the management and engagement between the clubs and with the customers. Initially we focussed our efforts on the booking process ensuring it was as smooth as possible. Increasingly, we are looking to develop the brand’s presence in the marketplace.”

Links with History is a group of great golf courses and glorious histories. The clubs involved include former Open Championship Final Qualifying venues as well as trailblazers from golf’s golden era. For more information, visit