Hickory Golf Champs to get even bigger predicts new CEO

The fourteenth World Hickory Open (WHO) will be held over two days in early October over the demanding Scotland’s Golf Coast links of Luffness and Gullane No. 3, East Lothian, 10-miles east of Edinburgh. 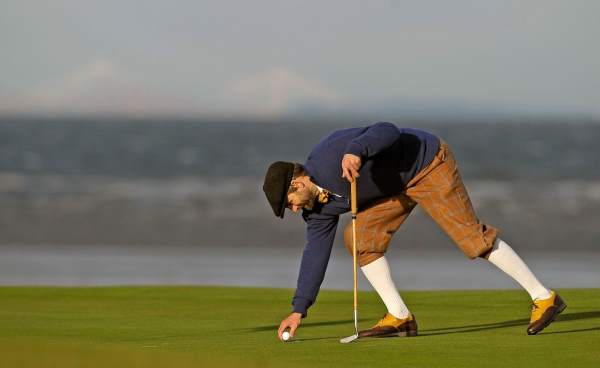 According to new chief Executive Boris Lietzow, current entries indicate another record year in which the WHO Festival of Golf will tee off on October 15th with 120 players comprising up to 20 pros in a field of mainly amateurs from fifteen nations including the UK, Sweden, Norway, Germany, Switzerland., France, Czech Republic, Japan, South Africa and the USA. The Festival lasts for five days.

Hickory specialist, Boris Lietzow will be known to many in this challenging game, played with pre-1936 hickory-shafted clubs, as he is normally to be found in Scotland’s only hickory bespoke shop, Jack White in Gullane, where a vast range of these high value golf clubs, balls, plus-fours and every other historic collectable can be found.

The main event in the five-day Festival of Hickory Golf will be the World Hickory Open, won last year by top Carnoustie pro Fraser Mann, over the made-to-measure historic links of Kilspindie. However, this year the pros will hopefully face even keener opposition from former Masters’ champion Sandy Lyle, twice a winner of this tournament in the past, to be played this year over Longniddry, Luffness, Gullane and Kilspindie.

Fortunately, the tournament has lost none of its pre-eminence, even though national and qualifying events are being held in the States, South Africa and in Japan this year. Extraordinarily, even without founder and organiser Lionel Freedman, who very sadly died quite suddenly eighteen months ago, the Hickory Open seems to be a must-attend date for hickory players worldwide – and they all knew Lionel.

Aspiring players from Scotland should also be aware of two new features just added to the attractive 2018 activity menu. First, with so much international focus on Loretto College’s Golf Academy, paradoxically only 10-miles away, WHO organisers have introduced a new World Junior Hickory category, as well as a special discount first-come-first-served for local Scottish entrants.