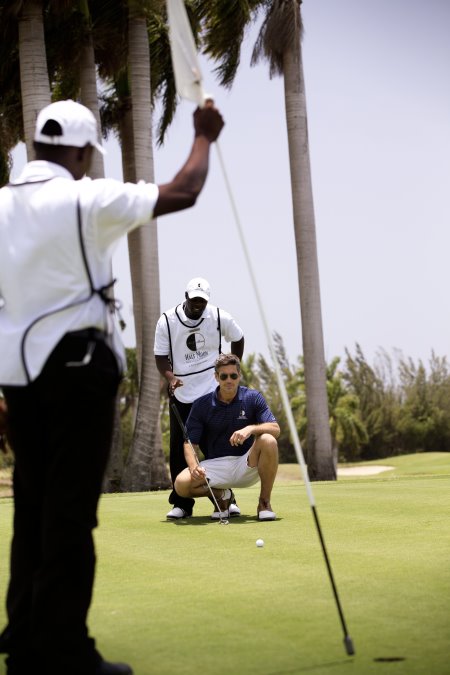 Half Moon’s 18 hole, par 72 course was designed by Robert Trent Jones Senior and renovated in 2005 by Trent Jones’ protégé, Roger Rulewich to include newly aligned, multiple tee complexes as well as repositioned fairway and greenside bunkers.  Boasting over 7,000 yards of difficult driving areas, the course has been dubbed ‘one of the best walking courses in the Caribbean’.

It has won numerous awards including being named the Best Caribbean Golf Resort by Caribbean World Magazine, Golf Resort of the Year (Rest of World) by the International Association of Golf Tour Operators and Jamaica’s leading golf resort in the 2012 World Travel Awards.

The Half Moon Golf Academy is attached to the Half Moon golf course and offers a variety of programmes individually tailored to fit the needs of all golfers from complete beginners through to experienced professionals, adults and children.

Tuition can include the full swing or short game combined with video and computer analysis as well as club selection, shot selection and course management skills to shave strokes off scores.