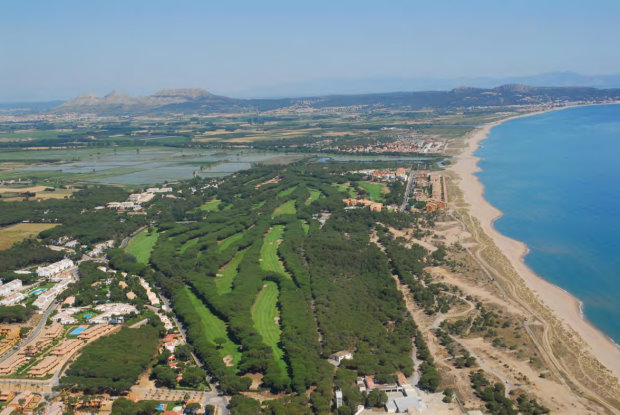 Golf de Pals, the first venue to host a European Tour tournament – the 1972 Spanish Open – is celebrating 50 years in golf.

Set amid a vast pine grove overlooking the white sandy beaches of Spain’s north-eastern coast, Golf de Pals has been a jewel in Costa Brava’s crown since it opened in 1966, and is at the heart of the region’s ‘Year of Golf and Gastronomy’ celebrations.

Describing how his dream of opening a golf course in the Costa Brava became a reality, founder Baltasar Parera said: “Golf de Pals initially opened with just 9 holes in August 1966, however, it quickly became evident that there was a need to extend it to a full 18-hole layout as soon as possible as it proved very popular with golfers.

“So in 1970, the additional nine holes were opened, also designed by Fred W. Hawtree who created the original nine, and enabled Golf de Pals to host its first major tournament, the Spanish International Amateur Golf Championship in 1971, before being selected as the venue for The 1972 Spanish Open, which was the first official tournament of The European Tour.”

In addition to Golf de Pals, the Costa Brava is now home to a multitude of outstanding golf courses and resorts, establishing the rugged coast as one of Europe’s leading golf destinations. Golfers visiting the region can enjoy top courses, including PGA Catalunya Resort, home to Spain’s number 1 course* and European Top 100-ranked Empordà Golf.

The rich heritage of the Costa Brava has been further enhanced during 2016, as the award-winning golf destination continues its ‘Year of Golf and Gastronomy’ celebrations. Its commitment to first-rate gastronomy is underlined by the 13 Michelin-starred restaurants, which includes El Celler de Can Roca, widely regarded as one of the world’s best restaurants.

Ramon Ramos, Director of the Costa Brava Girona Tourist Board, added: “As we commemorate our ‘Year of Golf and Gastronomy’, we are encouraged by the fact that golf in the Costa Brava is doing very well, with visitors to the region already up on last year’s total 105,000 golfers.

“The combination of golf, wine and gastronomy makes Costa Brava a unique and culturally rich golf destination, and we look forward to welcoming the growing numbers of golfers and food-lovers alike throughout 2016 and beyond.”