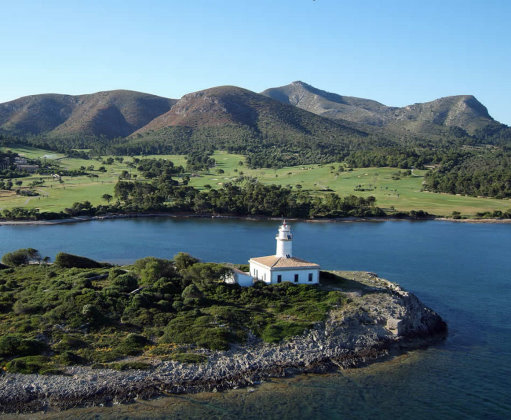 Club de Golf Alcanada has confirmed its position as one of the top venues on the continent after being named the best golf course in Europe for the fourth year in a row at the world’s leading travel trade show.

The stunning layout, located in the north of Mallorca, finished top among readers of leading German magazine Golf Journal’s 2011 poll of most popular courses outside Germany and received its award at international exhibition event ITB Berlin.

Alcanada was the overwhelming winner of the award beating National Golf Club inBelek, Turkey, and Mallorca’s Arabella Golf Son Vida in the race for top honours, with the likes of Carya and Aphrodite Hills finishing further down the list.

Kristoff Both, director of golf at Club de Golf Alcanada, said: “A good golf course is characterised not only by the condition of its greens and fairways and the service given by its staff, but also by the praise given by the golfers who play the course.

“We are very proud that Alcanada has been singled out as one of Europe’s most popular golf courses for the fourth successive year by the readers of Golf Journal and are determined to maintain our high standards in the future.”

Alcanada’s latest accolade is further evidence of the venue’s growing reputation in the game after it was chosen to host last month’s prestigious Copa de S.M el Rey tournament – regarded as Spanish golf’s amateur championship and won by Jose Maria Olazabal, Darren Clarke and Sergio Garcia in the past.

Situated in the north region of Mallorca in a breathtaking location overlooking the Bay of Alcudia, Alcanada’s 18-hole championship course was designed by award-winning golf architect Robert Trent Jones Jnr and opened in 2003.

Adjacent to the Mediterranean, the 6,499-metre course blends naturally into the typical Mallorcan terrain and takes its name from an island with a lighthouse which is situated just off the shore, which can be seen from most of the holes.

Magnificent mountain and sea views and a mixture of pine and olive groves provide the splendid setting for a round at Alcanada. Despite its tender years, the course is already recognised by the golf industry as one of the finest venues in Spain and Europe and is a founder member of The Leading Golf Courses of Spain collection.

In addition, the club boasts a centuries-old Mallorca club house which offers guests the opportunity to sample regional specialities in its first-class dining facilities on its sun-baked terrace. A comprehensive golf academy including a spacious short game area and covered driving range are also available.