Warsteiner named Official Supplier of Beer to The European Tour 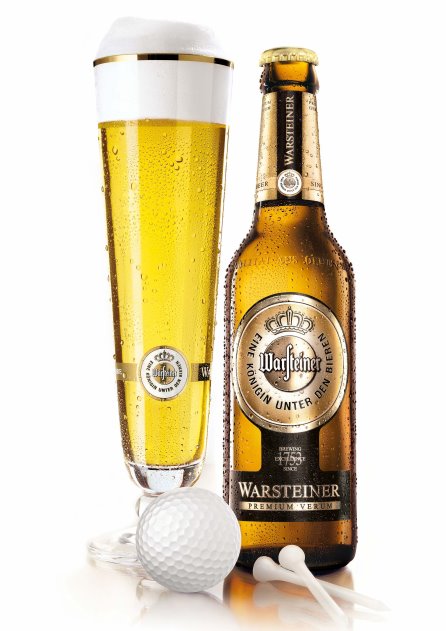 Premium German beer brand Warsteiner has been named the Official Supplier of Beer to The European Tour and the BMW PGA Championship, the Tour’s Flagship Event held at Wentworth Club in Surrey, England, from 24-27 May.

This is the first in a string of European Tour event sponsorships planned for the brand. Warsteiner will have a high-profile presence at Wentworth Club and is committed to demonstrating its brand positioning of ‘Modern Class’ with an exclusive Warsteiner Lounge at the venue, plus several Warsteiner bars around the course.

The UK sponsorship will be accompanied by a package of promotional activities, including a neck-hanger competition appearing on bottles from March 5 offering VIP trips to the BMW PGA Championship.

“Warsteiner is Germany’s best-known independent brewer and its high quality beers have been available in the UK for more than 30 years,” said Marc Büker, Director Sales & Marketing for Warsteiner International.

“Therefore, there is already some awareness of our brand among discerning beer drinkers. Active in more than 60 countries, we see the UK as a key growth market, and so we are investing in driving further distribution increases and solid marketing support.”

Print advertising in both consumer and trade media is scheduled for later in the year, supported by an ongoing heavyweight public relations programme.

Warsteiner has been produced since 1753, when Antonius Cramer first brewed beer at his home brewery inWarstein,Germany. Since then, nine generations of Cramers have grown Warsteiner into the number one imported premium pilsner amongGermany’s private breweries.

“Next to our international brand marketing activities in the culinary arts and modern culture, the long-term European Tour sports engagement is an excellent platform to address quality and premium-oriented consumers in the UK and globally.

“As well as serving Warsteiner at numerous European Tour events and functions, we will be communicating the partnership on pack, in PR, through on and off-trade promotions, print advertising and in some markets, on television.”

The brand has identified The European Tour as the perfect partner for Warsteiner, reflecting its international premium quality. It sees golf as increasingly appealing to aspirational consumers of all ages and a great lifestyle association.

Oliver Jaensch, Warsteiner’s International Sales Director, said: “We also have a new sales team and a new country director in place in theUKand, with a whole range of marketing and promotional support activities planned for 2012 and beyond, we intend to make the most of this opportunity.”

Warsteiner is available on draught and in a range of bottle sizes, including 660ml and 500ml single bottles and an attractive 3x330ml pack. A 4x500ml premium can pack is soon to be launched to capitalise on retailer interest in the premium can sector. The brand now has wide distribution in Waitrose, Sainsbury’s, Morrisons, Tesco and other retailers, and a large number of independent and free on-trade listings.

The Warsteiner Group sells its products in more than 60 countries worldwide http://www.warsteiner-gruppe.de