Tickets now on sale for 2015 Senior Open at Sunningdale 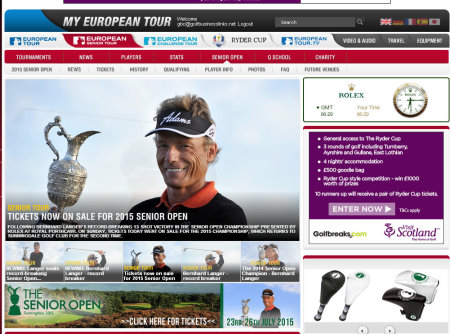 Following Bernhard Langer’s record-breaking 13 shot victory in The Senior Open Championship Presented by Rolex at Royal Porthcawl on Sunday, tickets today went on sale for the 2015 Championship, which returns to Sunningdale Golf Club for the second time.

Significant discounts are available via www.senioropengolf.com as part of a special pre-Christmas offer, giving golf fans the chance to see some of golf’s most iconic names in action at Sunningdale from 23-26 July, 2015.

It will now be the setting for the 29th edition of The Senior Open Championship next year, following Wales’ hugely successful first staging last week, which attracted 43,503 spectators to Royal Porthcawl.

“The Championship has become a firm favourite on the golfing calendar and we expect many fans will once again take advantage of the advance ticketing offer.”

Tickets can be bought online via www.senioropengolf.com or by calling +44 (0)800 0232557, with details of hospitality packages also available.