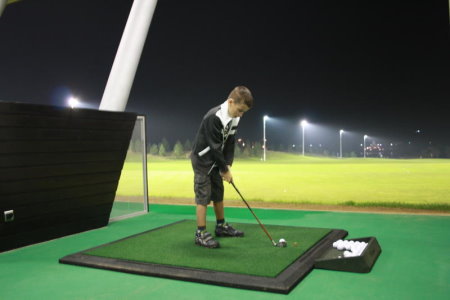 Hundreds of Bulgarian children are being introduced to the sport in the Pravets junior development programme as a direct outcome of the annual staging of the UNICREDIT PGA Professional Championship of Europe at the fabulous facility not far from the country’s capital, Sofia.

As an important side-effect of the collaboration between the Pravets Golf and Spa Resort and the PGAs of Europe, development funding has been provided to enable junior golf coaching to be embraced into the country’s school curriculum and as an activity for children during the summer holidays.

Launched and underway already for 2012, and with planned growth for 2013, demand for the junior  golf coaching has substantially exceeded expectations – and judging by reaction to it in the vicinity of the capital – is expected to spread throughout Bulgaria as boys and girls are bitten by the golf bug.

Described by Pravets as ‘designed to grow golf from grass roots level and provide opportunities for children in areas where golf would not normally be accessible’ the programme is being presented in two phases, namely the Schools Programme and a Summer Development Programme.

‘This possibility has become a reality through generous funding by the PGAs of Europe,” Pravets add.

During April and May, in the schools programme, 180 children took part in the eighteen, one-hour introductory sessions for ten children each while the summer activities  are open to all-comers up to the age of 18 and are proving a big attraction.

Having been widely publicised, inviting children to take part in golf coaching and activities at Pravets and with an additional incentive of fully-paid, one-year junior memberships and a set of golf clubs each, for the two most promising participants, children and parents have responded eagerly.

Much of this enthusiasm for golf in Bulgaria was inspired by the staging of inaugural PGA Professional Championship of Europe at Pravets last year, an event that prompted tremendous national interest at many levels.

“This is further evidence that tournament activity can act as a fantastic catalyst for the development of golf in showcasing the sport in emerging territories to politicians, media and the public at large” said Ian Randell, the PGAs of Europe chief executive.

“Our collaboration with Pravets, and the way in which it is developing, matches exactly so many of the core principles of our operation and acts as a great template for other venues and regions to follow”.