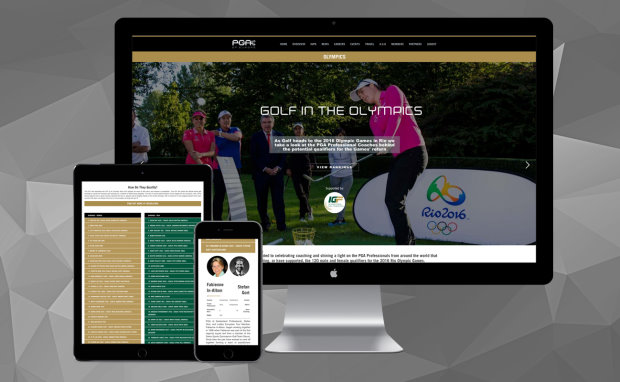 The PGAs of Europe have launched an Olympics-focused hub with support of the International Golf Federation (IGF) that aims to celebrate coaching and shine a light on the PGA Professionals from around the world that are supporting, or have supported, the 120 male and female potential qualifiers for the 2016 Rio Olympic Games in August.

Of the 60 men and 60 women that will qualify from over 40 countries around the globe, of which over 45 are currently from Europe, the vast majority are currently supported by a PGA Professional as a swing coach, or will have been in the past, from across the PGAs of Europe’s Member Countries.

The Association has produced a first-of-its-kind Olympics-focused hub page at PGAE.com (http://eur.pe/OlympicPGAPros) that details all 120 potential qualifiers as they jostle for position in the coming months, alongside the PGA professionals they work with, as well as up to date Olympic Golf news and features.

Within each Player-PGA Professional section are details about their relationship, key links to find out more about both the potential Olympic qualifier and their associated PGA Professional and/or PGA Professionals that have worked with them throughout their development, along with interviews and features with many of them.

“On the current Olympic rankings Europe has by far the most representatives and many from our Member Countries are currently in line to compete in both the male and female events,” said PGAs of Europe Chief Executive, Ian Randell.

“This is testament to all involved in golf in those countries, especially the PGAs and Federations, and provides the opportunity for the PGAs of Europe to celebrate the coaches who have supported these players all along their golfing roads to Rio.”

Antony Scanlon, Executive Director of the IGF, said: “There will be many great stories on the Road to Rio as the 60 men and 60 women attempt to be the first Olympic golf champion in 112 years. Almost without exception, those players will have worked closely with a PGA Professional coach during their development from aspiring amateurs to top professionals.

As the 2016 Olympics draw nearer, further interviews and features will be added to the site to help celebrate these vital relationships and delve deeper into what makes these new Olympic heroes tick.

There are already features on the page looking at potential qualifiers Klara Spilkova (Czech Republic and her coach, Keith Williams (PGA of Great Britain & Ireland), Nicolas Colsaerts (Belgium) and his coach Michel Vanmeerbeek (PGA of Belgium), along with Fabienne In-Albon (Switzerland) and her coach, Stefan Gort (PGA of Switzerland).

Whilst specific PGA Professionals are mentioned, and of course some players choose not to work with a coach, it must also be said that almost all of the players in the 120 qualification positions will have had some contact during their careers as golfers with other PGA professionals, conditioning experts, psychologists, nutritionists and many other individuals who should all be saluted for their efforts in helping their players reach this golfing pinnacle.