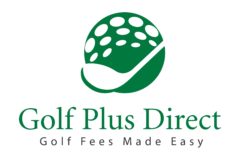 The 2011 Four Nations Golf Challenge is to be sponsored by Golf Plus Direct – “Golf Fees Made Easy”.

Golf Plus Direct Limited is a division of Zebra Finance Limited, a leading provider of funding for sports season tickets, with an impressive client list including Manchester United, Manchester City, Arsenal, Tottenham Hotspur, Guinness Premiership Clubs and County Cricket Clubs. Now, through Golf Plus Direct, Zebra will extend such facilities to UK golfers and golf clubs for the funding of annual golf subscriptions.

Concierge Golf Limited, owners and organisers of the Four Nations Golf Challenge, have agreed an initial one year Title Partnership with Golf Plus Direct – “Golf Fees Made Easy”.

Roger Brady, Director of Concierge Golf Limited, said; “We are delighted to have partnered with Golf Plus Direct who will be bringing the same invaluable service to UK golfers and golf clubs that they have provided to the football and other sporting markets for many years. The Four Nations Golf Challenge is proud to be associated with such a prestigious company”

Peter Fletcher, Director of Golf Plus Direct Limited, added; “Although we are well established in other sporting markets, we want to quickly and effectively bring our product and services to the attention of UK amateur golfers and clubs. Partnering with a quality amateur golf event like the Four Nations Golf Challenge provides that vehicle and we look forward to being fully involved in supporting the tournament all the way through to and beyond the televised Grand Final in September”.

The 2011 Grand Final is to be broadcast on Sky Sports and since May, club golfers across the four nations of England, Ireland, Scotland and Wales have been battling through regional brackets to earn their chance to represent the Champion Golf Nation of the Year. A Final Qualifying event will take place at Astbury Hall on 5th September to decide which six pairs will represent each country in the Grand Final from 25th to 28th September.

The 2011 FNGC Grand Final venue is The Oxfordshire, a spectacular rolling layout designed by Rees Jones and owned by the Leaderboard Group which also includes Chart Hills, Dale Hill and Sandford Springs, opened its own state- of-the-art four-star hotel last May and every finalist  will stay free of charge throughout the four days of the Grand Final.

Glenbrae, Official Supplier of golf clothing to the FNGC will be providing all Grand Final competitors with their high quality British made Knitwear, along with range of beautiful coordinating polo shirts, with the appropriate FNGC national crest embroidered on the garments.