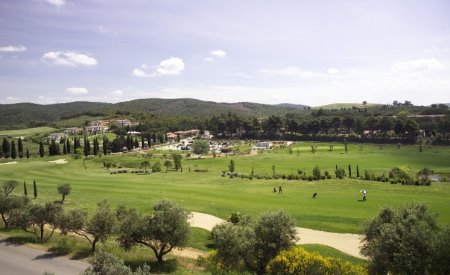 Sir Nick Faldo has announced that his global golf development programme will create opportunity for young golfers in Italy for the first time in 2013.  The Faldo Series Italy Championship will take place at the Golf Club Toscana in the Province of Grosseto for the next three years, starting with the inaugural event on July 18-20.

“With the Faldo Series providing opportunity for more than 7,000 young people in 30 countries worldwide, I am delighted that golfers in Italy will benefit from our programme in 2013,” commented Faldo, a six-time Major Champion. “I thank Golf Club Toscana for sharing our vision and we look forward to working with them to grow golf in Italy over the next three years. The support of the Italian Golf Association is also very important.”

“We are very excited about hosting the first ever Faldo Series Championship in Italy,” said Christian Pulz, Manager of Golf and Marketing at the Golf Club Toscana. “We look forward to welcoming talented young golfers from across Italy to the Golf Club Toscana in July.”

Supported by The R&A, ISPS and the European Tour, talented young golfers aged 12 to 21 will compete over 54 holes for the first Italy Championship at the Golf Club Toscana in Tuscany on July 18-20.

The field, which will also receive expert advice from guest speakers during the week, will be divided into five age-groups.  The winner of each division – three boys and two girls – will join Faldo at the season-ending 17th Faldo Series Grand Final.

In a bid to create access to golf for a younger audience, a programme of grass-roots activities will also be introduced during the Italy Championship for children from the local community.

Eight UK Championships across England, Scotland and Wales have already been announced for 2013 and dates are set to be confirmed for events in Austria, Brazil, Chile, CzechRepublic, Germany, Greece, Ireland, Slovakia and The Netherlands.

Golfers born in 1992 or later wishing to enter the Faldo Series Italy Championship at Golf Club Toscana on July 18-20, 2013 should email golfpelagone@cordial.at