European Tour Tees Off at The Roxburghe 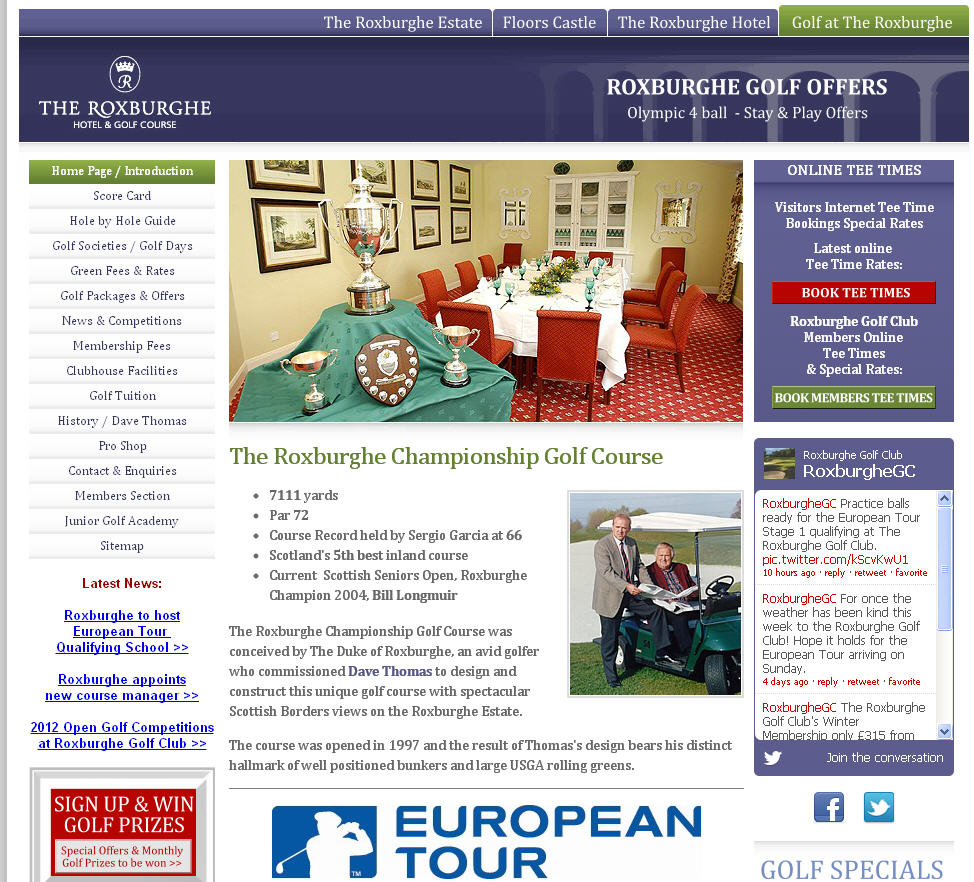 The Roxburghe Golf Course near Kelso is this week hosting the EuropeanTour Qualifying School for the first time from 11-14 September. The event, a tough challenge to decide who will join the golfing elite for the following season, will see around 70 players plus caddies, coaches and officials welcomed to the par 72 championship course, the only championship course in the region.

The start of the tournament confirms the golf course as one of Scotland’s best courses and has been the result of hard work to bring in such a major event to the area and considerable investment in course improvements.

Speaking about the event, host and owner of the course, the Duke of Roxburghe, comments: “The Roxburghe Estate welcomes both players and officials this week. Hosting the Qualifying School gives the Roxburghe Golf Course the chance to showcase itself to the professionals competing for a coveted place on the European Tour and we hope they will enjoy playing our unique and beautiful course.”

The course which hosted the Scottish Senior Open from 2001-2005 will provide the players with over 7,000 yards of play, including the signature 14th hole, “The Viaduct”, a 585 par five which was described by Sam Torrance as “a beautiful hole in a glorious setting”.

The course was designed by Dave Thomas, whose other creations include The Belfry, which staged the Ryder Cup four times, and San Roque Club, the host venue of the Qualifying School Final Stage on 11 occasions.

Mike Stewart, director of the Qualifying School, said: “The Roxburghe is precisely the sort of venue we are looking to add to the Qualifying School Schedule.  The immaculate condition of the course, the superb facilities and the stunning location all combine to provide the complete package.”

For those looking to play the course after the tournament, in September a four ball is being offered at £240 and in October at £180.