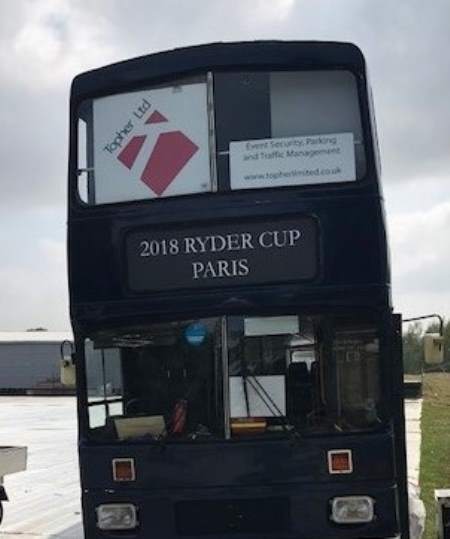 Topher Limited has secured the contract for security for TV compound and studios for Ryder Cup 2018. The event is taking place at Le Golf National in Paris. As the event is one of the biggest and high-profile event, security aspect of the event is vital for the safety of all parties and audience involved in the event.

Topher has been fortunate to be a part of the Ryder Cup 2018 to provide security for TV compound for a second time, the previous one being held in Scotland in 2014. Topher has been providing security services for TV compounds for some of the other major golf events in the UK such as The Open, BMW Championship and Travis Perkins Senior Masters.

It is the first time Topher Limited has extended its service abroad beyond UK and it came with its own challenges in terms of regulations. Topher has been accredited with CNAPS (Conséil National des Activitées Privée de Sécurité) to provide security services in France. CNAPS is an organisation equivalent to SIA in the UK which regulates the permit to authorise company/person to carry out security activity in France.

Topher is deploying 21 of its CNAPS accredited staff in Paris starting from 4th September until 5th October 2018.