In recognition of the first ever Danish European team captain, Thomas Bjørn, the LEGO Group has produced a giant replica of the iconic Ryder Cup trophy. 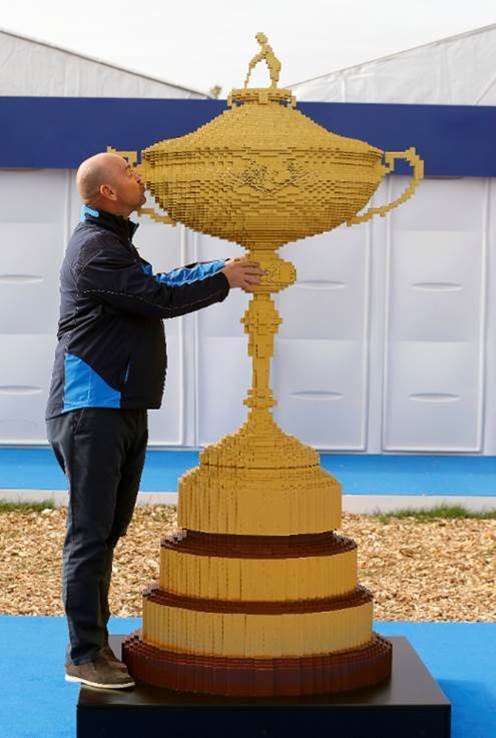 As one of Denmark’s most famous companies, it’s only fitting that the LEGO Group was chosen to help mark this particular milestone in their fellow countryman Thomas Bjørn’s career. The trophy, which is made up of 169,397 LEGO® bricks, took three people 264 hours to build, weighs 88kg, and measures 2.38m tall.

Thomas Bjørn, European Ryder Cup captain, said: “As a Dane, I am proud of one of my country’s most famous exports – the LEGO brick. The replica Ryder Cup created by the LEGO Group is an incredible feat of creativity and hard work. I am sure it will draw even more attention to the game and inspire new generations of both golfers and LEGO builders.”

Rasmus Dunn, VP LEGO Retail Model Production, said: “As a Danish company, the LEGO Group is proud to see Thomas leading the European team this year and we feel privileged to have led this project, commemorating his achievement. This represents a huge effort from the team and we hope it will add to the Ryder Cup spectacle this week.”

The LEGO Group was founded in Billund, Denmark in 1932 by Ole Kirk Kristiansen, its name derived from the two Danish words LEg GOdt, which mean “Play Well”.

Today, the LEGO Group remains a family-owned company headquartered in Billund. However, its products are now sold in more than 140 countries worldwide. For more information www.LEGO.com