The members of Real Club Valderrama have acquired VALDERRAMA SA, the company that owns the Valderrama golf course located in Sotogrande (Spain) from Zagaleta International United Kingdom for 28 million Euros. 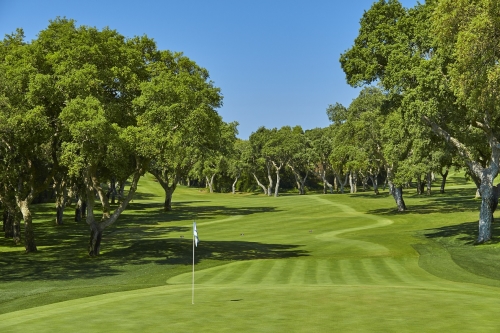 The transaction was finalized after several months of negotiations and has fulfilled the historical desire of the members to acquire the course after many years of freehold agreements. This deal puts an end to the arbitration process initiated by Real Club Valderrama last March in which it reclaimed its preferential acquisition right over the golf course.

The Zagaleta group will continue with the golf, hotel and residential project in Castellar de la Frontera.

The Real Club Valderrama, established as a non-profit sports association in 1985, currently has 450 members from 40 different nationalities, and has been tenant of the golf course continuously for almost three decades. Throughout all this time, the Club has been in charge of the maintenance and in recent years has invested more than five million euros in the complete renovation of greens, ante-greens, tees, bunkers, irrigation system and practice areas.

Given its features, the exquisite maintenance levels and the spectacular environment in which it is located, Valderrama is considered as the best golf course in Continental Europe and one of the best in the World. It has hosted some of the most important tournaments like the 1997 Ryder Cup, several editions of the Volvo Masters and the American Express WGC, or the recent Andalucía Valderrama Masters, held a few days ago with great success and victory of the Spanish Champion Sergio Garcia.