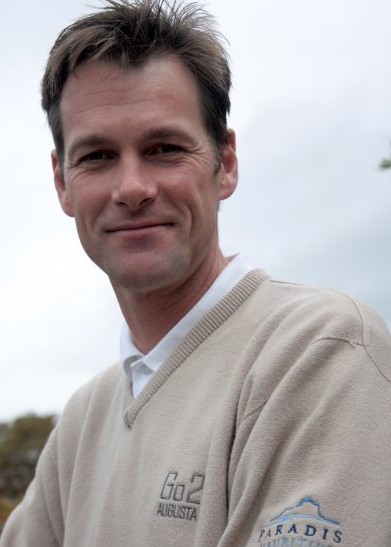 Jeremy Dale, golf’s acclaimed ‘Trick Shot King’, has signed an agreement that will see him take his amazing show to the Indian Ocean in his new role as special brand ambassador to a leading Mauritius holiday company.

Beachcomber’s Mauritius Golf Holidays has struck a deal with Dale that will see the popular switch-hitting trick shot star perform exhibitions at the luxurious Paradis Hotel & Golf Club as well as host his celebrated Scoring Schools – where pupils uncover the secrets to short-game success – on the island.

The signing of this new deal tops a busy and exciting year for Dale who has performed his critically acclaimed trick shot show at numerous international events, including Golf Live at London Golf Club and the Senior Open Championship at Walton Heath.

He has also been in high demand for viral marketing campaigns with celebrity golfers, including TV presenter Tim Lovejoy and Matthew Murphy, lead singer of platinum-selling band The Wombats.

“It has been a fantastic year for me so far,” said Dale. “I have been to some amazing events and performed shows in front of thousands of people who have all been extremely impressed and complimentary.

“Being named a brand ambassador for Beachcomber Tours tops off what has been a great year and I cannot wait to start working with the team and helping to promote golf at Paradis Hotel & Golf Club on the beautiful island of Mauritius.”

Dale added: “Paradis is one of those rare resorts which has it all – luxury accommodation, a fantastic beachside setting, amazing cuisine and great service. The first tee of the 18-hole Paradis Golf Course is a mere 30 metres from reception – golf on your doorstep does not get any better than this. It’s the perfect resort for golfing couples and, with its amazing family facilities, is just as good for a luxury family holiday.”

Mark Boullé, Beachcomber Tours Marketing Manager, said: “Jeremy Dale is one of the world’s leading trick shot exponents and it is great to have him on board. His brilliant trick shot shows will add a huge ‘wow factor’ to all that we offer at the Paradis Hotel & Golf Club.”