This article first appeared in ‘Aspects of Leisure’ Spring 2015, copies of which can be obtained from leisure@savills.com 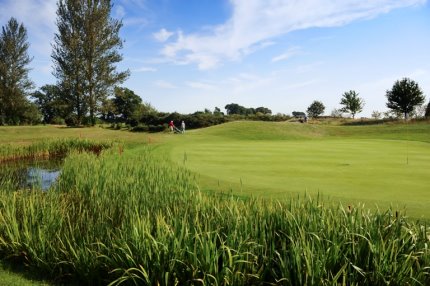 “In the Autumn edition we reported on growing confidence in the sector and are pleased to see that this has continued into the New Year,” writes Ian Simpson FRICS, Director, Savills Oxford. “Although it is too early to predict potential growth and turnover, we believe that for many clubs the most challenging years are likely to be behind them. Upturn in spending is apparent and likely to translate into increased leisure spend, although the difficulty for many remains having the spare time for leisure activities such as golf.

“Even at the lower end of the market, there is reason for optimism, with the market remaining underpinned by alternative use values. National farmland prices on average are now close to £10,000 per acre and therefore the number of courses reverting to pasture land on sale is likely to rise in coming years. This is particularly the case in more remote areas where populations are low, as well as in better locations where too many courses were developed in the boom years of the 1990’s.

“For those clubs which are fighting for existence, the difficult decision is whether to invest further or cut the losses. Where income is stagnant or falling, clubs may consider redevelopment of certain assets or expansion of their existing property. National planning policies are evolving to enable more development in some areas, which may assist owners with redundant clubhouses and unused farm buildings.

“Where sites are tight for an eighteen hole course, there may be scope for a redevelopment or rearrangement of the layout to create a more challenging course of nine holes and using part for another use such as a practice area, perhaps funded through land-filling. This is a bold move however, as it can mean much disruption to play and loss of earnings for that period. Particular attention should be paid to underperforming assets where there is local housing need or potential can be identified for holiday accommodation.

“If a full-scale redesign is not something that would fit on a particular property then there is potential to consider enterprises on the course such as FootGolf and DiscGolf. There are now nearly 12,000 registered FootGolfers and an increasing number of centres for them to attend. Golf businesses can allocate block time slots to take advantage of the opportunity without having on-course conflict between golfers and footballs – particularly given the differing sizes of the pin!

“We have been busy with valuations over the last six months, seeing a number of owners reviewing their funding to be able to expand through the addition of facilities or further sites, which is an encouraging sign that many owners are seeking the adaptability to prosper. Over the winter we have also visited a number of properties and clients across the UK and Europe discussing disposals, of all scales and so we look forward to a much improved level of opportunities for investors over the coming months.”