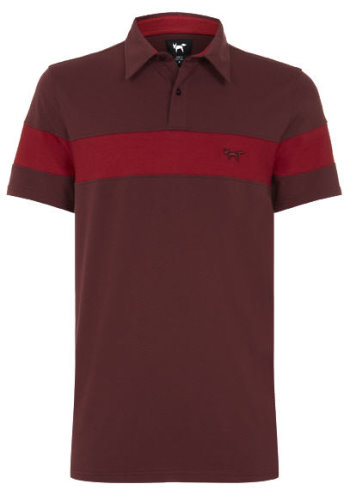 Wolsey, one of the oldest clothing companies in the world and a pioneer of premium men’s apparel for sporting endeavours, has announced the re-launch of its historic Sports Line Sportsman Collection for AW14, available from May.

Wolsey’s Sportsman collection is made up of modern, sophisticated and stylish high-performance tailored sportswear. The range focuses on breathable, waterproof and multi-layered outerwear as well as performance merino polo’s, base layers and knitwear. Subtle colour pallets with minimal yet strong textural patterns create a clean aesthetic that is synonymous with Wolsey.

In collaboration with Trickers, the collection also features an exclusive golf shoe, and a partnership with Invsita THERMOCOOL provides body temperature regulation technology in the apparel.

“We’ve created a distinctive line that leverages our unrivalled heritage and incorporates leading-edge fabrics,” said Louis Wolcott, Wolsey brand director.  “The range respects, reflects, and connects Wolsey to the history and culture of the game yet offers something different for consumers. This heralds yet another exciting era for Wolsey.”

Wolsey was appointed a Royal Warrant in 1935 as hosiery manufacturers to His Majesty King George V, an honour still held with today’s monarchy. The 1920’s saw Wolsey become market leader in the promotion, design and manufacture of golf clothes and other sportswear, successfully marketed under the name of ‘Sportsman’ using a Fox motif as its brand logo. The same ‘Fox’ logo, updated for the 21st Century, now features across the entire Sportsman collection.

Throughout its history, Wolsey has been worn by historic explorers such as Captain Robert Falcon Scott, Roald Amundsen and Sir Ernest Shackleton, as well as sporting greats including World Golf Hall of Fame members Peter Allis and Tony Jacklin.

Wolsey is recreating a team of inspiring pioneers that champion the company’s spirit of adventure and embody the brand aesthetic. Among the newest additions are PGA European Tour players Robert Rock, Tom Lewis and James Heath.

Wolsey Sportsman will be available exclusively on wolsey.com and trendyGolf.com from May, and at leading golf resorts and speciality stores across the UK and Ireland, France, Germany, Sweden and the UAE from 14th July.