Hot on the heels of a successful first season for the Vertical Groove Driver, the world’s only driver with vertical grooves on the clubface, Vertical Groove UK announces details and a UK arrival date for its follow-up fairway product, the 3-Wood.

Already in play on the PGA TOUR Champions in the hands of John Daly, Rocco Mediate, Mark Calcavecchia and others, the new 3-Wood is available to buy in the UK from June 2018 on www.verticalgroove.co.uk at an RRP of £229.

Also using Vertical Groove woods on the 2018 PGA TOUR Champions are Kenny Perry, who used the Vertical Groove Driver to win the 2017 U.S Senior Open, and Doug Garwood, ranked #1 for Total Driving statistics on the Tour as of May 2018. 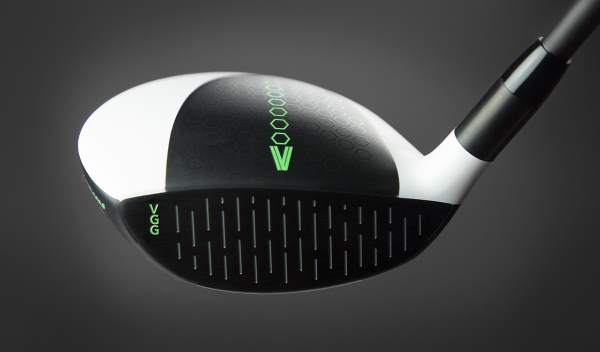 Prepare to send your best-ever fairway wood shots soaring to the heart of the green with the Vertical Groove 3-Wood, unveiled by double Major-winner and Vertical Groove Golf brand ambassador John Daly at the 2018 PGA Merchandise Show in January 2018.

With superb turf interaction the 180cc Vertical Groove 3-Wood features a confidence-inspiring shallow face which gets the ball aloft easily and creates amazing hang-time, with the same distinctive sound and feel which drew praise for the Vertical Groove Driver.

17 scoring lines run vertically on the clubface, instead of the traditional horizontal orientation. This patented Vertical Groove Technology is proven to reduce spin at impact, forcing tighter dispersion and leading to straighter ball flight and greater distance.

The technology’s effectiveness was proven by the performance of the Vertical Groove Driver in its first season on the PGA TOUR Champions in 2017, ending the year with two victories and ranked #1 in Driving Distance and #2 in Driving Accuracy, and prompting the Company to expand its product line.

The Vertical Groove 3-Wood also incorporates 8g tungsten sole weights which are positioned according to the loft of the club. In the 14-degree Tour model, the weight is positioned forward to provide a flatter, more penetrating ball flight. The 15-degree model places the weight at the rear of the sole, helping golfers to launch the ball higher and providing more stability after off-centre strikes.

A variable-thickness cupface design, featuring a special 455 maraging steel alloy which enables the Vertical Groove 3-Wood to achieve USGA limits for face flexure, wraps the clubface around the crown and sole, adjoined to a 17-4 steel body.

“We are very excited that golfers in Europe are about to get their hands on our new 3-Wood” said Rubin Hanan, COO & Managing Partner, Vertical Groove Golf. “Our Driver enjoyed an impressive debut on the PGA TOUR Champions last year, highlighted by wins for John Daly and Kenny Perry, and we enjoyed widespread usage among other top Tour golfers. Continued success at the highest level is the greatest product endorsement and, boosted by the success of our Driver, we anticipate strong Tour usage with the Vertical Groove Fairway Woods in 2018.”

Hanan adds: “In addition to being one of golf’s all-time greatest drivers of the ball, John Daly has always been a very strong fairways player. We knew he would be the perfect ambassador and collaborator for Vertical Groove Golf.  John’s input following his success with our Driver in 2017, including his first Tour victory in 13 years, coupled with his extensive knowledge of clubhead technology, has helped us to finalise the specs on our new 3-Wood.”

Additional Vertical Groove Fairway Woods, including a 5-Wood and a Hybrid, are currently undergoing extensive testing for launch later in 2018.

Croydon Council’s attempt to reduce its mounting debts by selling off Coulsdon Manor Hotel and Golf Club has failed to produce the required result after the venue failed to attract any buyers after 14 months on the market.