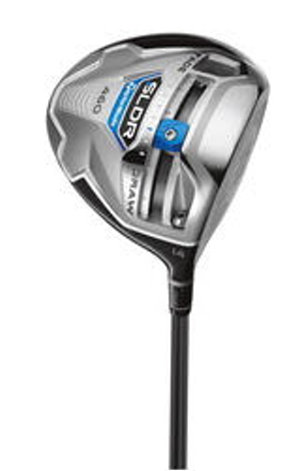 TaylorMade Golf Company has announced that it will launch an unprecedented 14° SLDR driver.

Launched in August, the SLDR is engineered with a remarkable low and forward centre of gravity (CG) placement making it the lowest spinning driver in company history. Because of this construction, TaylorMade is leading golfers – including PGA & European Tour players – to “loft up,” a message that flies in the face of what the rest of the industry has been promoting, yet a significant step in the pursuit of the perfect launch condition.

“We have been chasing a driver that delivers high launch and low spin, a coveted combination off the tee sought after by all golfers,” said TaylorMade Golf Chief Technical Officer and 24-year industry veteran Benoit Vincent. “Having made significant industry strides with innovation advancements like movable weight, larger faces, adjustable shafts and improved aerodynamics, we are confident that we have cracked yet another code to more distance. And it’s through loft.”

This new thinking from TaylorMade changes a long-standing industry belief that a low-lofted driver is best for better golfers. TaylorMade has been working closely with its Tour staff to show that the combination of low-forward CG and higher lofts produces a better and longer ball flight. With the facts behind them, an unprecedented amount of Tour Pros are lofting up and reaping the reward. In fact, many SLDR users on the PGA & European Tours have lofted up at least 1° when compared against previous driver models that do not have low and forward CG.

“Everything we thought we knew about engineering drivers has been turned on its head,” added Vincent. “I have never been more convinced that building a driver with low and forward CG is the future in metalwood construction.”

TaylorMade’s engineering team has calculated that 17 degrees of launch and 1700 RPMs of spin create the perfect combination for maximising driver distance. The new high-lofted 14° SLDR driver, combined with strategically designed low/forward CG is another step closer to achieving the perfect ball flight.

While a date has not been officially announced, TaylorMade is working to produce 14° heads in great enough quantity to release in the coming months.