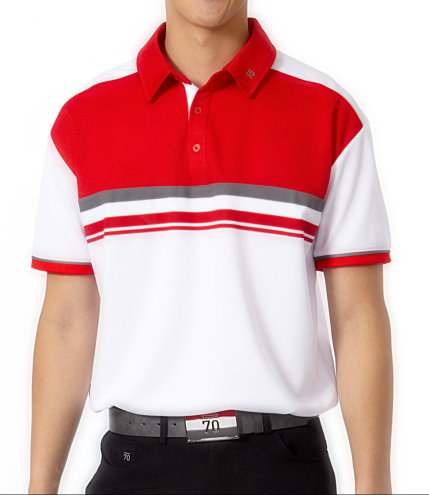 For years now fashion-conscious, school-age golfers have had to wear whatever gear they could get hold of, but, thanks to the launch of Sub70’s junior range, they can now wear the same style of trendy golf gear as their professional heroes.

Sub70 has been turning heads on the fairways with its striking designs since launching in 2004 and now youngsters aged eight and up can also enjoy the sort of stylish apparel which has previously been the preserve of adult golfers.

The junior range includes the same eye-catching trousers and shirts designed to the same exacting standards and exciting designs as the adult range, with prices starting at £19.99.

Sub70’s operations director Simon Elliott said: “We had been conscious for some time that the younger generation of golfers struggled to find the clothes they would really want to wear on the fairways.

“This is probably the most fashion-aware age-group, yet they had a limited choice of golf gear and tended to buy at sports clearance outlets or use plain shirts from the brands who did offer a limited range. Sub70 has, consequently, launched a range which will enable the young golfer to look and feel good on the fairways – and be the envy of his mates.”

This year, Sub70 has also been appointed official clothing partner to the League toDubai– an amateur competition for golfers inGreat Britainwhich culminates in a grand final inDubai– and is launching inAustralia, following on from a successful US launch in 2011.