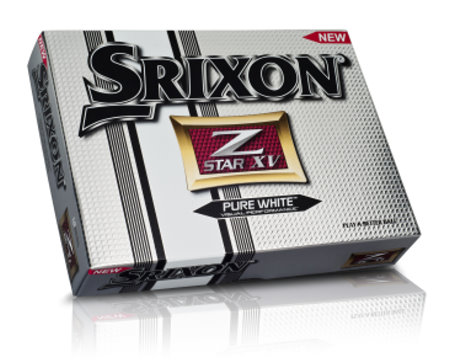 Srixon Sports Europe announce details of their latest range of Z-STAR & Z-STAR XV golf balls, to be available in shops in late February 2013.

The new Z-STAR range of balls is an evolutionary advanced ball, designed to meet the needs of Tour Professionals around the world.

Already recognized for it’s distance, the new Z-STAR range has improved spin control and feel, providing exceptional all round performance.

The surface has a new“ High grip spin coating” that delivers sharp spin performance and a soft feel, with the ball getting extra grip on the clubface on approach shots.

Increasing the difference between harder “outside” and softer “ inside” also provides lower spin on long shots.

The new dimple pattern has reduced air resistance and improved flight performance, with a strong trajectory into wind and greater distance.

With this coating, from half shots to approach shots, the ball clings to the face of the club better and improves feel.

Spin performance has improved due to the 20% increase in friction between the ball and club face, leading to greater control for both Professionals and low handicap players.

The new Z-STAR is powered by a specially enhanced Neo Energetic Gradient growth core* that increases the difference between harder “ outside” and softer “ inside”. This provides a higher launch angle and reduced spin for extra distance.

The new Z-STAR XV is also powered by a specially enhanced Neo Energetic gradient growth dual core* which provides the same characteristics as above.

A newly developed “344 speed dimple” provides 4% more dimple coverage than on the previous model and reduces air resistance. By maintaining ball speed during flight, the ball will be longer and provide a trajectory that will be strong and unaffected by the wind.

This allows players to be aggressive with all types of shots.

Energetic Gradient Growth core – a core that gets softer from outside to in.

The Z-STAR range is played by many International Tour stars including Keegan Bradley, Graeme Mc Dowell, Miguel Angel Jimenez, Gonzalo Fernandez Castano and Ryo Ishikawa.  Between them, Srixon Staff Players have won more than 70 International events in the past 2 years.