The new V3 watch combines automatic performance tracking with accurate GPS technology in a stylish new design. Featuring a slimmed-down casing and stylish band, the it boasts a new daylight readable colour screen, as well as ClubSense and PinCollect technologies that automatically detect shots and putts on the course.

Using the latest satellite technology, Shot Scope’s distance reading is accurate to 30cm and it provides dynamic distances to the front, middle and back of greens, as well as front and carry distances for every hazard on over 35,000 pre-loaded courses.

The V3 also has a watch mode, making it wearable on and off the golf course, and is available in a choice of five colours for an RRP £209.99, although there is a launch offer of £179.99. 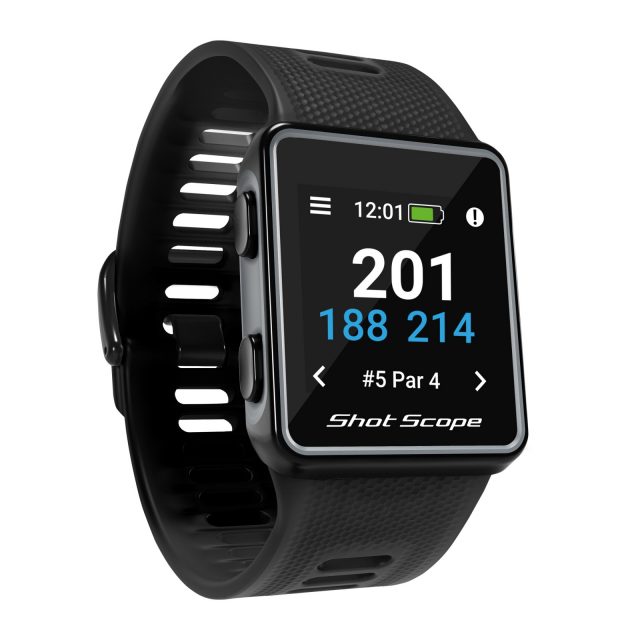 “Perhaps the most important feature of the V3 watch is its new appearance, said Shot Scope CEO David Hunter. “With a significantly thinner and more compact profile, the V3 provides the wearer with a comfortable and more traditional smart watch appearance on the wrist. Shot Scope technology has been used by tens of thousands of golfers worldwide, recording more than 50 million shots, and our automatic performance tracking has helped amateur golfers to improve on average by three strokes.”

Shot Scope has also launched the G3 watch, which offers all the same GPS features as the V3, but without the shot tracking technology (RRP £169.99, launch offer £149.99).

Both models are now available to buy at www.shotscope.com, as well as most major golf stores and online retailers.