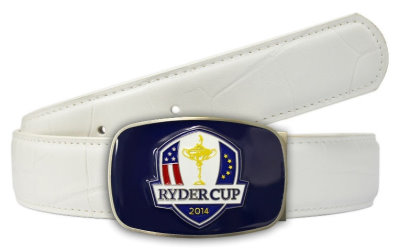 Through an agreement with Ryder Cup Europe, Druh has produced a range of handmade belts for the 40th staging of the matches featuring a choice of two buckles that can be teamed with a strap in either black or white in premium leather in an embossed crocodile effect.

Following one of the most dramatic golf competitions ever at Medinah in the USA last year, golf fans are already eagerly anticipating the biennial matches which in 2014 will take place at Gleneagles Resort in Perthshire, Scotland, from September 23 to 28.