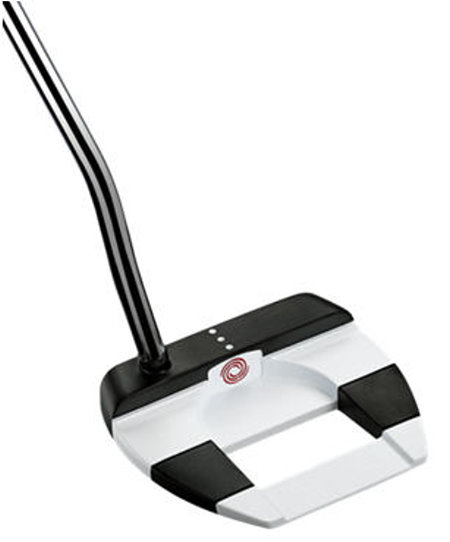 Odyssey, the #1 putter on Tour, today introduces Double Versa Technology with the launch of the new high MOI Jailbird Putter, giving all golfers the next step in high contrast visionary alignment.

Part of the revolutionary Versa family – the fastest growing new putter model on Tour – the Jailbird uses Double Versa Technology to give golfers the opportunity to highlight a proper face angle at address, through the stroke and at impact, allowing a player to dial in on the Jailbird putter’s design even more, accentuating the face angle and improving concentration.

Jailbird represents a step up in Tour proven, major-winning Versa Technology, and coupled with a new and improved laser-milled version of the White Hot insert, the #1 insert on Tour, it is highly engineered for a more consistent sound, better feel and improved performance across the striking surface.

In tests, Double Versa Technology allowed over 50% of golfers to align better and nearly 70% to align more consistently. It also produced an impact angle improvement for nearly 50% of testers, with almost three-quarters seeing their consistency also improve.

Austie Rollinson, Principal Designer, Odyssey Golf, said: “Versa Technology has been a revelation and new ‘Double Versa’, featuring in the Jailbird model, pushes its effectiveness even further. All golfers, whether a Tour pro or game enjoyer, can immediately see how their putter is aligned to the target, improving confidence and ultimately keeping more putts on line and hitting the back of the cup!”

Added to the Jailbird, other new Versa models for 2014 include the #7CS, 330 Mallet and Sabertooth, complementing a family of A-list Major-winning, Tour proven head shapes which include the #1, #2, #7 and 2-Ball options.

The Jailbird is available in 33, 34 and 35-inch lengths, and in right and left-handed options.

The Odyssey Versa Jailbird has a recommended retail price: