Learn how to play the Publicity Game 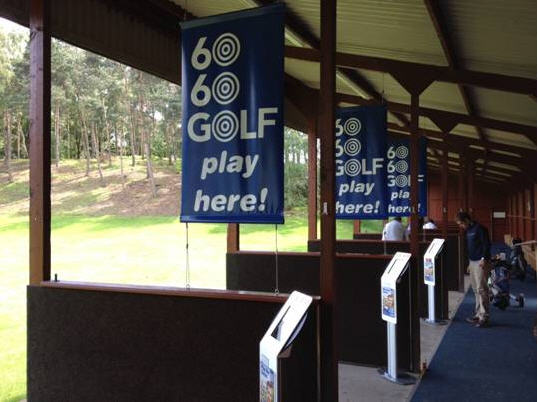 Range owners will receive a wide variety of valuable marketing support when they agree to become a 60 60 Golf venue and sign up to the marketing package on offer.

The support is part of a hard-hitting campaign aimed at publicising the 60 60 Golf concept and driving incremental business at all the clubs and ranges that endorse this revolutionary new form of the game.

Golf facilities across the country are lining up to install the exciting new 60 60 Golf concept. As part of the agreement they will receive expert advice on the best ways to promote both their range and the 60 60 Golf concept in local newspapers and other regional outlets including websites, magazines, sports clubs and schools.

Ranges will also be supplied with press release templates and a series of hard-hitting posters and leaflets aimed at maximising publicity around the local area.

“When we sign a deal with a golf range we commit to doing everything we can to help them to publicise the fact they have become part of the 60 60 Golf family,” said the concept’s founder Craig Higgs. “We have a great deal of experience communicating with local media outlets and can pass on all the tricks of the trade you need to know in order to maximise the coverage you receive.”

“Our target is to build a community of new and existing players at each range who are active and loyal. We are aiming to deliver over 5000 additional prospective golfers to each facility in a 6 month period.”

60 60 Golf was invented by Higgs and it gets its name from the fact a player can hit 60 shots in 60 minutes.

Higgs came up with the concept as an attempt to arrest the long-term decline in participation in the sport and it has already attracted the support of the British Golf Industry Association (BGIA) which includes some of the biggest brands in the game including PING, Callaway, TaylorMade and Motocaddy. The BGIA have awarded it a £25,000 grant under the auspices of its acclaimed Grow Golf initiative.

Higgs said: “60 60 Golf is attracting interest because it is quick, affordable and breaks down the barriers which put some people off trying the more traditional form of the game.”

The concept offers multiple game options but the basic idea involves participants earning points for hitting shots at a series of targets. Players of all abilities can play a game of 60 60 Golf by themselves or compete with their friends.

Scoring is recorded via a free Smartphone app downloadable from the App Store meaning players can compete against friends at the range they are visiting or simultaneously in other 60 60 Golf sites all over the country.

“The concept works because it’s quick and affordable and free from the stuffiness which sometimes puts people off trying the game,” said Higgs. “We genuinely believe it will help ranges to attract large numbers of new customers and have evidence from our trials to back that up.”

Golf range owners can find out more about getting involved in the 60 60 Golf revolution by logging on to www.6060Golf.com