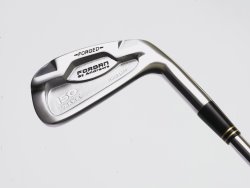 To celebrate its landmark 150th anniversary – and coinciding with the 150th anniversary of the Open Championship – the world’s oldest golf club makers, Forgan of St Andrews, has launched a set of Limited Edition forged blades.

Painstakingly manufactured from a high grade forged steel, with Dynamic Gold steel shafts and a choice of custom fit options, the beautifully-crafted irons are destined to become a collector’s item in this historic year for golf.

But the irons have also been built to be hit and European Seniors Tour stars Ian Woosnam and DJ Russell will both have the sought-after blades in their bags this year.

Each club, from 3-SW, has been carefully engraved with distinctive ‘150 years’ and ‘Since 1860’ logos, making them one of the year’s most desirable sets of irons.

Launching the Forgan Ltd Edition irons, Chief Executive, Simon Millington, said: “No other brand in the world has a club-making pedigree to match Forgan.

“In the late 1800s we dried imported hickory under cover by the side of the 17th fairway at St Andrews, so it’s hugely fitting that we of all companies should celebrate the joint 150th anniversaries of Forgan and The Open.

“Many golf club collectors possess famous Forgan clubs of old – now they have a chance to see what modern technology can achieve with our Limited Edition irons.

“In recent years we’ve become renowned for manufacturing excellent game-improver irons at value prices, so this is a departure for us but it’s been an extremely exciting project.”

Just 150 sets of the Forgan Ltd Edition irons will be available with a full online custom-fit service from Forgan, directly from their website www.forgan.co.uk. RRP is £999.

Forgan has a rich golf history, with its roots traceable back to 1819 when Hugh Philp was appointed club maker to the Society of St. Andrews (later the Royal & Ancient). He and his clubs (especially his putter), established a unique reputation and were in great demand.

In 1852, Philp’s nephew, Robert Forgan, took over the family business and a combined ‘Philp Forgan’ motif was stamped on the clubs until, when Hugh Philp died, ‘Philp Forgan’ simply became ‘Forgan’.

From that day forward, Robert Forgan and his brother James paid great attention to raw materials and pioneered the use of hickory for the shaft. To prevent unscrupulous merchants from switching the wood, the Forgans used a special hammer to stamp the family name on each piece of timber they selected for delivery.

In 1863, Robert Forgan was appointed club maker to the Prince of Wales and was allowed to use the Prince’s Feathers as a trademark on all his clubs. As business increased, so did the size of the company. Robert’s son, T.B. Forgan, joined his father’s company in 1881 and by 1895 the company had nearly 40 employees.

By the turn of the century, Forgan was the largest equipment maker in St. Andrews and had fully merchandised their operation.