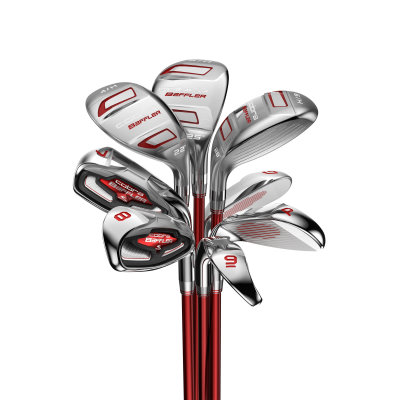 COBRA Golf and celebrity, John O’Hurley, have released the first video in a three part series about COBRA’s famous, and iconic, Baffler®. The first video features John O’Hurley discussing some of Mankind’s Greatest Achievements, ultimately presenting the COBRA Baffler, ‘the mother of all great achievements’.

“COBRA is certainly bringing something new and fresh to the industry with this campaign,” commented John O’Hurley. “They’ve been known for producing innovative products for 40 years since the very first Baffler and I couldn’t pass up the opportunity to work with them on this breakthrough product launch.”

John O’Hurley, most notably known for his role as J. Peterman on Seinfeld, is an avid golfer and lover of ‘Mankind’s Greatest Achievements’, such as the wheel, double bacon cheeseburgers and bikinis.

The Baffler was created by COBRA’s founder, Tom Crow, almost forty years ago and revolutionized the game of golf. With rails on the sole, the Baffler made it easy to get the ball into the air, no matter what the lie.

The video, ‘Mankind’s Greatest Achievements’ is the first in a three-part series from COBRA Golf and John O’Hurley. The next episode will be released in January and the final episode in April.

You can watch the video, learn about the Baffler Hyrbid Irons and more at www.cobragolf.com/golfmadeeasy