Ashworth Golf has announced the launch of its new retail Partnership Scheme and on-course distribution strategy for 2014.

The Ashworth Golf brand has long been synonymous with style, sophistication and a rich heritage in golf.

In 2014, the brand will reaffirm this heritage by purely focusing on the core golfing consumer. From 2014 onwards, Ashworth Golf apparel, as worn by Ashworth ambassador and U.S Open Champion Justin Rose, will be found exclusively in on-course golf locations or retail locations specifically connected to golf courses. In a competitive market place this gives a great point of difference for Ashworth Golf’s on-course retail partners. 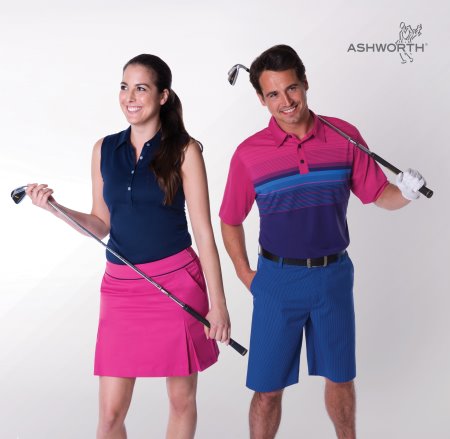 The Ashworth Golfman also returns in 2014 but with a revitalised look. The new Golfman is now standing proud and refreshes the classic brand mark that has existed in the sport for decades, ensuring strong Tour visibility and in-store presence. He will be seen from the start of 2014.

These benefits include free cresting, a comprehensive new in-store POS solution, free staff uniform and a sell through promotion, referred to as “Smarten Up Your Game” that will encourage members to book lessons by being rewarded with vouchers towards Ashworth products.