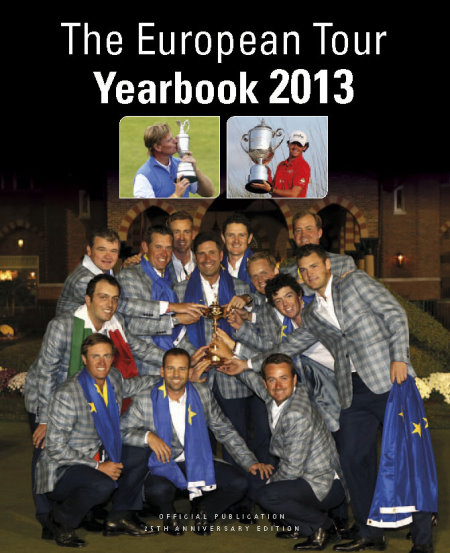 In addition there were numerous other spectacular achievements including Ian Poulter and Justin Rose both winning World Golf Championships, Luke Donald completing a successful defence of the ‘flagship’ BMW PGA Championship and Branden Grace winning no fewer than four titles as The Race to Dubai built to another crescendo through to the crowning of the Number One player following the DP World Tour Championship, Dubai.

The European Tour Yearbook includes chapters dedicated to ‘The Miracle of Medinah’, The Race to Dubai Number One and the Challenge and Senior Tours, in addition to coverage of every tournament on The 2012 European Tour International Schedule.

This 224-page full colour hardback Official Publication has a recommended retail price of £25.00.