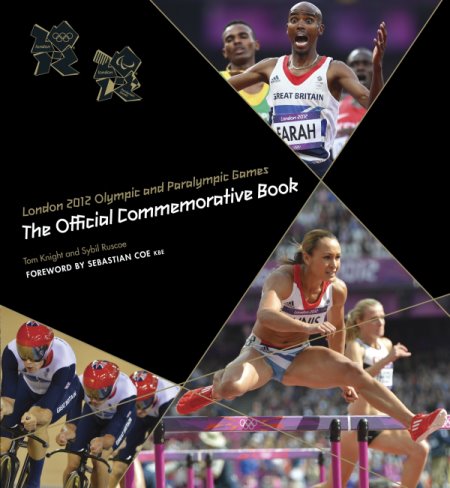 The only official commemorative chronicle of the London 2012 Olympic and Paralympic Games – ‘The Official Commemorative Book’ –  is published today by Wiley and is set to become the ultimate keepsake of this magnificent event.

Written by award-winning sports journalists, Tom Knight and Sybil Ruscoe, this definitive memento traces each stage of the Olympic story, from winning the bid and the creation of the Olympic Park, through to the journey of the Torch Relay, the cultural Olympiad and the sporting victories that made history at London 2012.  Beautifully illustrated throughout, readers can relive the record breaking moments, the highs, the lows and the nail biting conclusions that made the London 2012 Games a part of the nation’s history.

Both the Olympic and Paralympic Games are explored in detail and, with complete behind-the-scenes access to the events and the athletes taking part, readers can expect fascinating stories, iconic photographs and insights from the people who made it happen: elite athletes, Cultural Olympiad performers, architects and builders, volunteers and organisers. A luxury, limited edition of the official commemorative book, priced at £120, is also available. Boxed in a beautiful slipcase, each edition is individually numbered and only 2012 copies have been printed.

Full of sporting statistics, a table of medal winners and inspiring quotations, London 2012 Olympic and Paralympic Games: The Official Commemorative Book captures the drama and passion of this global experience; an edition set to be treasured by generations to come.

Tom Knight has worked in journalism for 30 years and covered eight Olympic Games, ten World Athletics Championships and four Commonwealth Games. He was The Daily Telegraph’s Athletics Correspondent for ten years and was a member of  SJA award-winning ‘top team in sports journalism’ (2004) who campaigned in support of the London 2012 Olympic bid. Tom has contributed to The Times, Guardian, Independent, Mail on Sunday, Daily Express and the Press Association, and has appeared as an Olympics observer and athletics expert on Radio 2, Radio 5 Live, Talksport, Channel 4 and CNN.

Sybil Ruscoe has been a journalist since 1978, working on national newspapers, radio and television. She was part of C4 Cricket’s RTS and BAFTA award winning team, and became the first woman to present Test TV coverage inBritain. She has covered previous Olympic Games, The Derby, the Cheltenham Festival, The Open and Six Nations rugby.