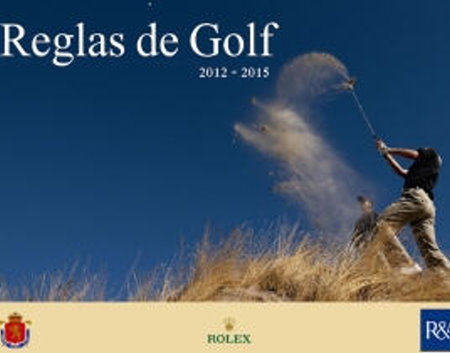 A new Spanish language Rules of Golf app has been launched for iPad and iPhone.

The new app has been devised by The R&A and the Royal Spanish Golf Federation and is aimed at golfers in Spain and throughout Spanish-speaking countries in Central America, the Caribbean and South America.

The app features video footage of two of Spain’s top female professionals, Belen Mozo and Mireia Prat.  It also includes a guide to the etiquette of the game with two-time Open Champion and R&A Working for Golf Ambassador Padraig Harrington.

There are 17 Spanish-speaking national associations which are affiliated to The R&A – Argentina, Bolivia, Colombia, Costa Rica, Chile, Dominican Republic, Ecuador, El Salvador, Guatemala, Honduras, Nicaragua, Panama, Paraguay, Peru, Spain, Uruguay and Venezuela – and they will be encouraged to promote the app to their members.

Using video footage, illustrations and images to explain the many different Rules issues which can arise in a round of golf, the new official app is designed to give a quick and easy guide to the Rules of Golf in the Spanish language.

As well as a quick summary of the most commonly occurring Rules situations, the app features the complete Rules of Golf and a quiz to enable users to test their knowledge.

Mireia Prat, who secured her place on the Ladies European Tour after winning the LET Access Series Order of Merit in November, said, “Players should know the Rules of Golf and, especially, what to do and what not to do during a round. I believe the Rules of Golf App in Spanish will be very useful to solve any doubt arising on the course.”

David Rickman, Executive Director – Rules and Equipment Standards at The R&A, said, “The aim of the app is to act as a quick and easy reference guide to the most frequently occurring Rules and to help ensure golfers are prepared for the many different situations which they might face on the golf course. We hope the app will be used by golfers in many Spanish speaking countries, including those in Latin America.”

Pablo Chaves, the Rules Chairman of the Royal Spanish Golf Federation (RFEG), said, “We are delighted to have produced this app with The R&A for Spanish speaking golfers around the world. The app will be an excellent reference tool and help them to improve their understanding of the Rules in a quick and easy way.”

The app has been jointly developed by The R&A and the RFEG.  The Spanish Rules of Golf app is designed to be an interactive, digital version of the Quick Guide to the Rules of Golf and is available to download from iTunes.