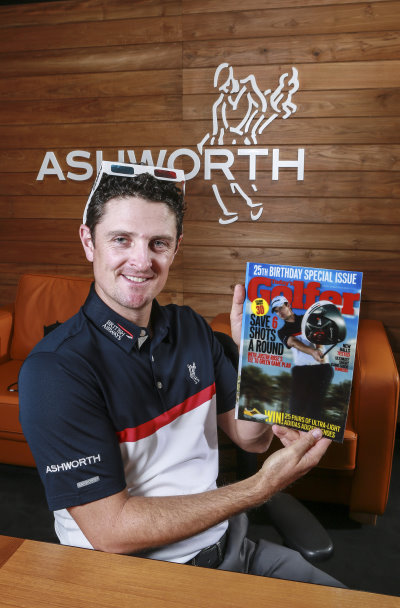 World No.4 Justin Rose saw himself from a different angle when he picked up the latest issue of Today’s Golfer magazine with a 3D image of himself displayed on the cover.

The magazine is marking its 25th anniversary with the first 3D front cover in golf publishing and turned to England’s leading player to project his image with a new TaylorMadeR1 driver from various angles on newsstands across the country this month – even without readers needing special glasses to view it.

“Justin Rose is very much today’s golfer,” said editor Chris Jones. “His performances over the past year, including the spectacular win over Phil Mickelson in Europe’s great Ryder Cup comeback, have lifted his status in the game and made him the obvious choice for our anniversary cover.

“Adding the lenticular printing on the cover for the first time can only enhance his profile and help increase sales of this special issue,” he added.

Today’s Golfer is one of the UK’s top-selling golf magazines with a monthly circulation of more than 60,000 copies and a readership of 350,000. The anniversary issue also includes findings from the biggest survey conducted amongst a golf magazine readership, plus an exclusive interview with Jack Nicklaus and a host of exciting competitions.