Two of golf’s top technologists have painted a positive picture of the sport’s developments in the digital broadcasting world at a London conference this week writes Ross Biddiscombe, TV sports journalist and author, reporting exclusively for GBN.com 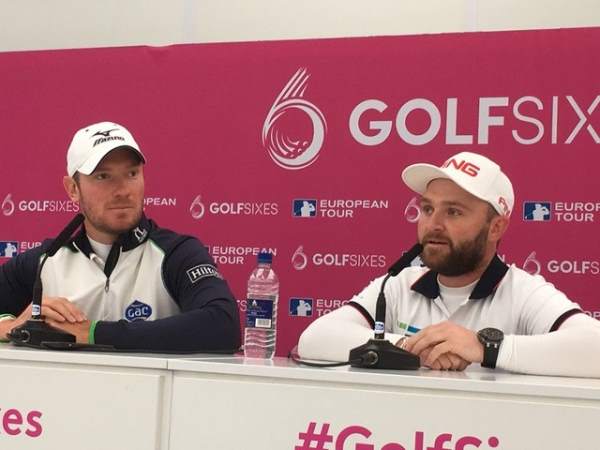 Two of golf’s top technologists have painted a positive picture of the sport’s developments in the digital broadcasting world at a London conference this week. Michael Cole, the European Tour’s chief technical officer, was bullish about golf’s future with TV audiences, social media fans and commercial partners saying that golf was not getting left behind as sports like football and events like the Winter Olympics take the lead in areas such ugmentereality and artificial intelligence.

Speaking at the sixth annual SportsProLive conference in London, Cole said the Tour was now collecting seven times more data than in recent years and making full use of it.

“Some of the most advanced broadcasting technologies would be great in our sport, but we won’t employ them until they are tried and tested. When we look at innovation, I don’t have a great desire to be No 1. I don’t mind being No 2 because I don’t mind other sports leading in those concepts and then I can take them into my world when we are ready,” he said.

“Golf has to change the conversation that it is very traditional. At the Tour, we see ourselves as an entertainment company with golf as our product and we are leading on the transformation of global golf, for example, like the Shot-Clock and the Golf Sixes tournament next month. These formats are all about engaging new fans, and technology helps to bring about this change,” he said.

Cole told conference delegates that golf’s issues might be solved with a technology partnership. “The European Tour has 47 tournaments in 30 countries on courses with an area of 150 acres and there is no fibre infrastructure at every course, so everything we do each week is temporary overlay. So we have unique challenges, but if we had a technology partner with skin in the game as well then that’s a situation where the propensity for success is significantly higher.”

Cole, who has been in his job since November last year, pointed to recent partnerships with Tata Communications and Hewlett Packard to prove how important technology is becoming for the golf industry. “Better fan experience is the currency of sponsorship. That’s what technology can deliver and that’s what we all want.”

At the same conference, Navin Singh, USGA head of global content and media contribution, said that the digital space is where all of golf’s different powerbases around the world are collaborating more than ever. Where once, critics said that golf’s variety of different golfing organisations was a major problem for the sport, Singh says that digital and social communication areas are the glue in terms of improving fan engagement and allowing more cooperation.

“We’re all ambassadors of golf at the end of the day and it’s advantageous that we work together and learn together,” said Singh. “We celebrate everything together and we can learn from each other very quickly when new ideas come into the digital space. There really is no downside to collaborating.”

“I’ve been in the job two years and there’s more openness to communicate, a willingness to work with each other as well as a bit of competition. And it’s only going to get better in the future and that’s going to benefit the fans and the sponsors,” he said.