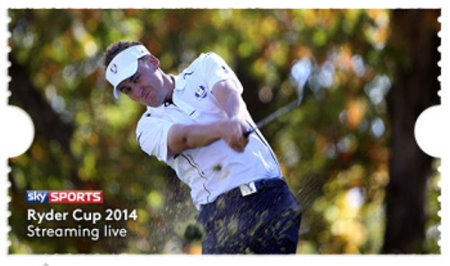 Darren, who has appeared in seven Ryder Cups either as player or vice-captain, will provide analysis and commentary on Sky’s dedicated channel, Sky Sports Ryder Cup.

Clarke will join the Sky Sports team of commentators and experts boasting experience from playing and broadcasting over 100 Ryder Cups and includes former winning European Ryder Cup captain Colin Montgomerie, coach to US Ryder Cup stars Butch Harmon, and on Sunday Jack Nicklaus, who played in five Ryder Cup teams and captained the US twice, winning in 1983.

Clarke said: “The Ryder Cup has been a major part of my life, and I’m hugely excited to be working with Sky Sports on this truly special event. I know from experience just how gripping it can be, and i hope I can help give viewers a perspective of the event from inside the ropes.”

Jason Wessely, Sky Sports’ executive producer of golf, said: “Darren is a European Ryder Cup legend and a fantastic signing for Sky Sports’ coverage, He knows the event, the players and the course and will offer fascinating insight from Gleneagles.”

Darren has played a total of 20 matches over five Ryder Cups, winning ten and losing just three. His most memorable performance came as a wildcard selection in 2006 when he won all three of his matches helping Europe to an 18 ½ – 9 ½ victory.

David Livingstone will present the coverage, while Ewen Murray, Bruce Critchley , Rob Lee and Mark Roe will be providing commentary.  On course reporting will be provided by Howard Clark who played in six Ryder Cups, Richard Boxall and Tim Barter, and highlights programming will be presented by Sarah Stirk who will be joined each day in the studio by Andrew Coltart and Nick Dougherty to review the key moments in the previous’ days matches.

For the first time, Sky Sports will dedicate a channel to the Ryder Cup. Sky Sports 4 will become ‘Sky Sports Ryder Cup’ and will show over 330 hours of golf across 14 days, including 36 hours of live coverage from Gleneagles.

The 2014 Ryder Cup is the tenth to be shown exclusively live by Sky Sports. The channel goes live at 6am on Thursday 18 September and continues until 6am on Thursday 2nd October. Last year Sky Sports launched ‘Sky Sports Ashes’ for England’s home cricket series against Australia.