“Bobby’s Open…” The Times Sports Book of the Year 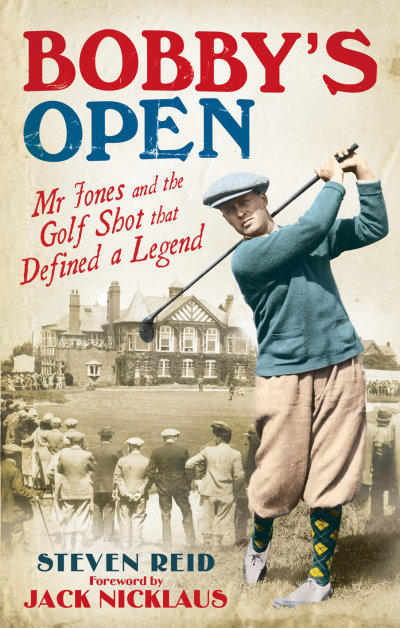 Bobby’s Open: Mr Jones and the Golf Shot that Defined a Legend by Steven Reid has won The Times Sports Book of the Year in association with The British Sports Book Awards following an online public vote.

Reid’s book, published by Icon Books, won the Best Golf Book award category, sponsored by Hamilton Grand & Old Course Hotel, Golf Resort & Spa St Andrews, at the recent British Sports Book Awards and was up against a shortlist for the overall Sports Book of the Year that included the winning titles in each other award category.

Over 3,000 public votes were registered at www.britishsportsbookawards.co.uk and at www.thetimes.co.uk since voting began on 22 May with Reid’s book receiving over 45% of the total votes cast.

Bobby’s Open tells the compelling story of one of golf’s most celebrated players, Bobby Jones, with specific focus on The Open Championship in 1926 when he took on Hagen and Vardon in one of the all-time classic sporting encounters.

John Hopkins, former Golf Correspondent of The Times and head of the golf judges, said: “Bobby Jones in golf is a bit like Richard Wagner in music, an heroic figure about whom a great deal has been written down the years. This means that the Jones seam has been well mined.  Steven Reid’s trick is to have unearthed some new information which he has leavened with material that was known and presented it all in a thoughtful and thought-provoking way.”

Richard Whitehead, an Assistant Editor at The Times, added: “We’re delighted that such a wonderful work of sports history has been voted Times Sports Book of the Year. Steven Reid’s book certainly had stiff competition but it is a very worthy winner. I’m sure Bobby Jones would have been delighted, too.”