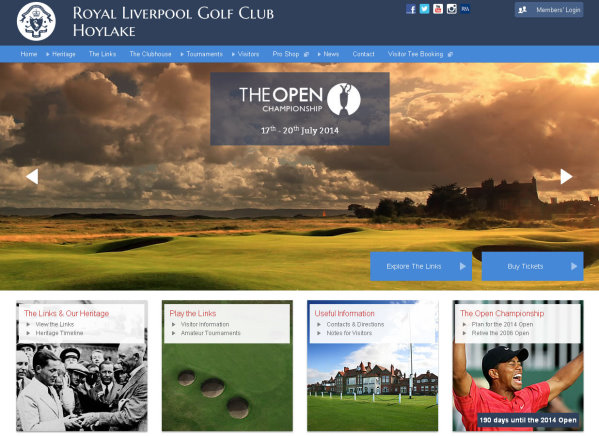 An independent study commissioned by The R&A forecasts that The Open Championship to be staged at Royal Liverpool later this year (13-20 July 2014) will deliver a total economic benefit of £75m to the regional economy of Wirral and Liverpool.

The headline figure includes a forecast economic impact of £30 million derived mostly from spending in the local economy by an anticipated 200,000 spectators and an estimated destination marketing benefit of £45 million gained through global television exposure of the week-long event. 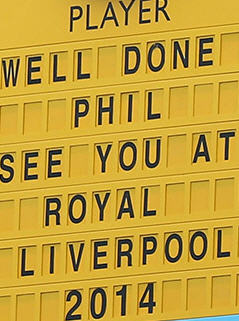 Researchers at the Sport Industry Research Centre at Sheffield Hallam University base their economic impact forecast on the results of over 10,000 interviews with spectators, players, the media, event staff, sponsors and organisers carried out over the last four Open Championships.

Announcing the economic benefit forecast at Royal Liverpool during a visit to the famed links course by UK Sports Minister, Helen Grant MP, The R&A’s Executive Director – Championships Johnnie Cole-Hamilton said: “The Open Championship is staged at Royal Liverpool for the twelfth time in 2014 providing the best players in the world with a true test of links golf and it’s good to know that the Championship also brings an important financial boost to the local economy.”

Minister for Sport and Tourism Helen Grant said: “The Open is one of the biggest annual events in our sporting calendar. It attracts golf fans from all over the world and brings with it great tourism benefits to the region where it is staged. I am sure Royal Liverpool will host a fantastic Championship, delivering an economic win of £75 million to the local economy. With the International Festival of Business in Liverpool this summer too it’s going to be a big, exciting year on Merseyside.”

Graham Burgess, Chief Executive of Wirral Council said: “Wirral’s tourism industry gained a massive boost from hosting The Open Championship in 2006 and the sector now contributes over £310 million to our economy, employs over 4,000 full time jobs and attracts 7 million visitors each year.  As we prepare to welcome the world’s best golfers once again in July along with thousands of visitors and the many millions more watching on TV, we are working hard to ensure we use the boost The Open gives the region’s profile to drive our economy, grow employment and ensure our businesses reap the benefits of hosting one of the largest sporting events in the world.”

Sara Wilde McKeown, Chair of the Liverpool City Region Visitor Economy Board said: “World-renowned sporting events are a major part of our strategy to develop the City Region’s Visitor Economy. As well as attracting significant numbers of visitors, who themselves generate the sort of economic impact detailed in this research, events like the Open Championship attract enormous volumes of positive profile for our world-class sporting venues and the wider destination.”

The Open Championship at Royal Liverpool this year marks the fifth staging of the event in the North West in fourteen years: Royal Liverpool at Hoylake (2006 and 2014), Royal Lytham and St Annes (2001 and 2012) and Royal Birkdale (2008).