Understanding The Role Of Bedknives 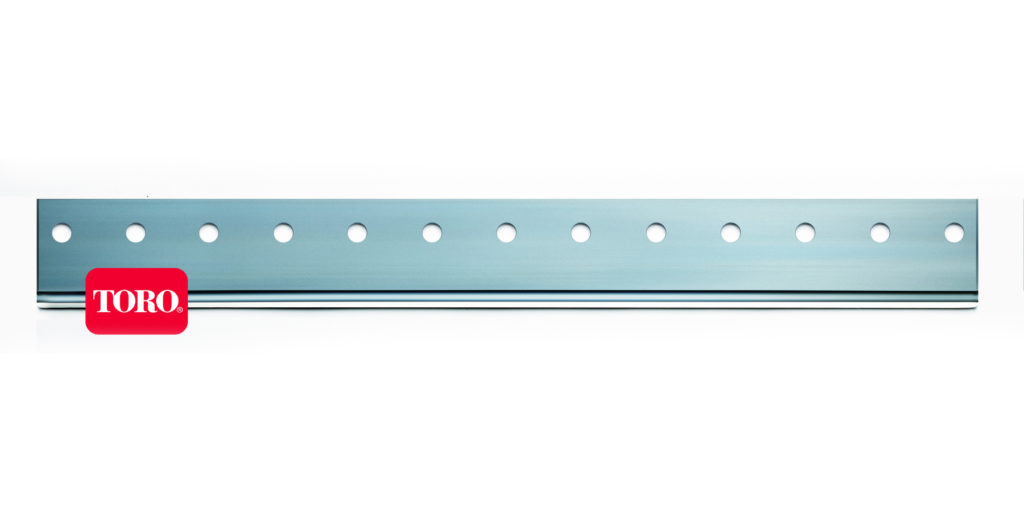 It’s the time of year when advice on checking bedknives is regularly dispensed, and rightly so with high season fast approaching. However, it’s good to stop for a moment and understand how and why operating, adjustment and maintenance procedures are so important, especially when it comes to the critical end of the grass cutting process.

Michael Hampton at Reesink Turfcare, the UK distributor of all genuine Toro parts, explains here the important role bedknives play in the fine finish expected from a cylinder mower: “Along with the cylinder and the frame, the bedknife is one of the three main structural members in a cylinder cutting unit. The bedknife is attached to the bedbar and the assembly is mounted to the main frame in a manner that allows for paralleling and adjustment to the cylinder.

“A cylinder mower cuts grass with a scissor-like shearing action as the moving helix shaped blades pass over the stationary bedknife. The cutting action requires the bedknife and cylinder blades to be sharp, matched and in close relationship with each other and the bedknife sharpened to be flat and square so the sharp edge touches the cylinder blades across their entire length.

“If the bedknife is not perfectly flat it is impossible to get the bedknife to touch the entire length of the cylinder. This is an essential part of the construction, making cylinder mowers precision cutting tools. Adjust any part of the construction process with, for example, ‘will-fit’ parts and the fit, form and function are affected leaving a less attractive and less consistent after-cut appearance.

Michael concludes: “The fine finish expected from a cylinder mower is not down to luck, far from it. Understanding and appreciating that cylinder mowers are precision machines, requiring precision-engineered parts in order to achieve the best possible finish should help make the decision that ‘will-fit’ parts aren’t worth the negative impact on the turf.”

The quote: the bitterness of poor quality remains long after the sweetness of low price is forgotten, rings true here. So our recommendation is: don’t fall foul to the temptation. Toro bedknives are precision-engineered for a superior quality of cut. Every bedknife Toro manufactures is designed to meet strict Toro engineering specifications to ensure the best quality of cut and after-cut appearance, and to last as long as possible until replacement.

A true flatness of the knife extends their life and maximises the quality of cut. They’re made of high carbon steel for ultimate durability and longevity and retain their edge for longer meaning greenkeepers and groundsmen can mow longer without the need to adjust or replace frequently.