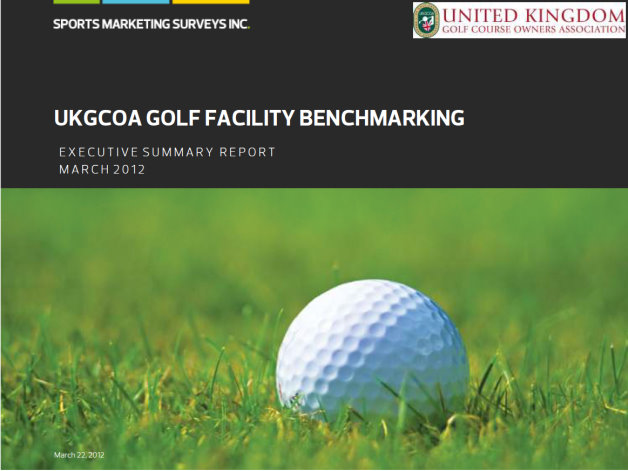 The report – conducted by Sports Marketing Surveys Inc – shows that UKGCOA members have seen a 20% increase in rounds played compared to the national average of just 8%.

Utilising data provided by UKGCOA member clubs over the course of 2011, the report allows them to monitor their performance and benchmark against an industry standard in an easy and efficient way.

Through the report members also have access to a wide range of business performance indicators such as green fee yields, membership numbers, annual subscription rates and operating costs of many different types of golf courses and clubs across theUK.

Jerry Kilby, UKGCOA Executive Director, said: “When we founded the association in 2010 one of our principle aims was to set up a benchmarking system so members could measure their performances against regional and national trends – with the release of this survey we have achieved that.

“This report is extremely encouraging, with statistics showing that if you manage your operation successfully and have a strong team around you there is extremely good business to be had, despite the continued economic challenges.”

While the executive summary of the report is available to all members of the UKGCOA, the in-depth statistics produced can only be viewed by those who have actively participated in the survey.

“This report is a real appetiser to what we are able to produce with the support of our members – if we could encourage more of them to input data into the survey then the figures that we get back will be even more accurate,” added Jerry Kilby.

“It is a fantastic tool for club owners, enabling them to plan their businesses and make investment decisions based on facts. Rather than guesses and gut feelings they have credible information to take the bank manager, show shareholders and their team – these are hard facts which have not been available to the UK golf industry for years.”

John Bushell, Sports Marketing Surveys Inc Chief Executive, said: “Findings from the first UKGCOA members benchmark report reporting on the calendar year for 2011 show an excellent performance for members. Last year saw the country have one of the best golf seasons for many years – due to an early spring and late autumn – and also 2010 did see snow in January and December close venues.

“However, UKGCOA members outperformed the national average and the growth in rounds played translated into an increase in green fee revenues of just over 8% at UKGCOA venues – and so average yield is down.

“Positively, the growth rounds played by members, corporate, visitors and guests resulted in food and beverage sales increasing by just over 10% on average.”