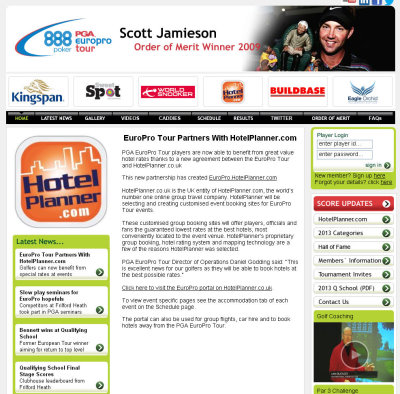 PGA tournament officials have taken positive steps to crackdown on slow play by addressing the thorny issue with players on the PGA Europro Tour.

As part of an ongoing effort to root out the problem, PGA tournament directors and referees hosted five mandatory seminars for all 240 competitors at last week’s Final Stage Qualifying at Frilford Heath.

Pace of play has been identified as one of the bugbears of the modern game and The PGA is joining the R&A and the European Tour in tackling the problem which can see rounds extend well past five hours.

It was even in evidence at the US Masters when teen sensation Guan Tianlang, the 14-year-old prodigy from China, fell victim to a penalty stroke for his slow play during the second round.

PGA Professionals Nic Gilks and Martin Morbey, both members of the PGA Rules Panel, helped deliver the seminars at the Q-school which were designed to assist players in speeding up their play to avoid unduly lengthy rounds.

The PGA’s senior tournament director, Ben Groutage, explained: “This is an initiative we have started this year in an effort to educate the members of the tour and fits in with a big push this year from the European Tour and R&A on tackling pace of play issues.

“We are planning some other initiatives this year as well so this will be an ongoing drive to improve pace of play across the board.

“In many instances simply being ready to play when it is your turn to play will go a long way to reducing round times. The early signs from last week’s seminars at the Q-school indicate the players have taken this onboard in a positive fashion which bodes well for the season ahead.”

Visit www.PGA.info for the latest PGA News and tournament information