A new National 9-Hole Final will feature in Scottish Golf’s calendar of events for the first time in 2018, with the governing body encouraging more clubs to adopt shorter formats of the game. 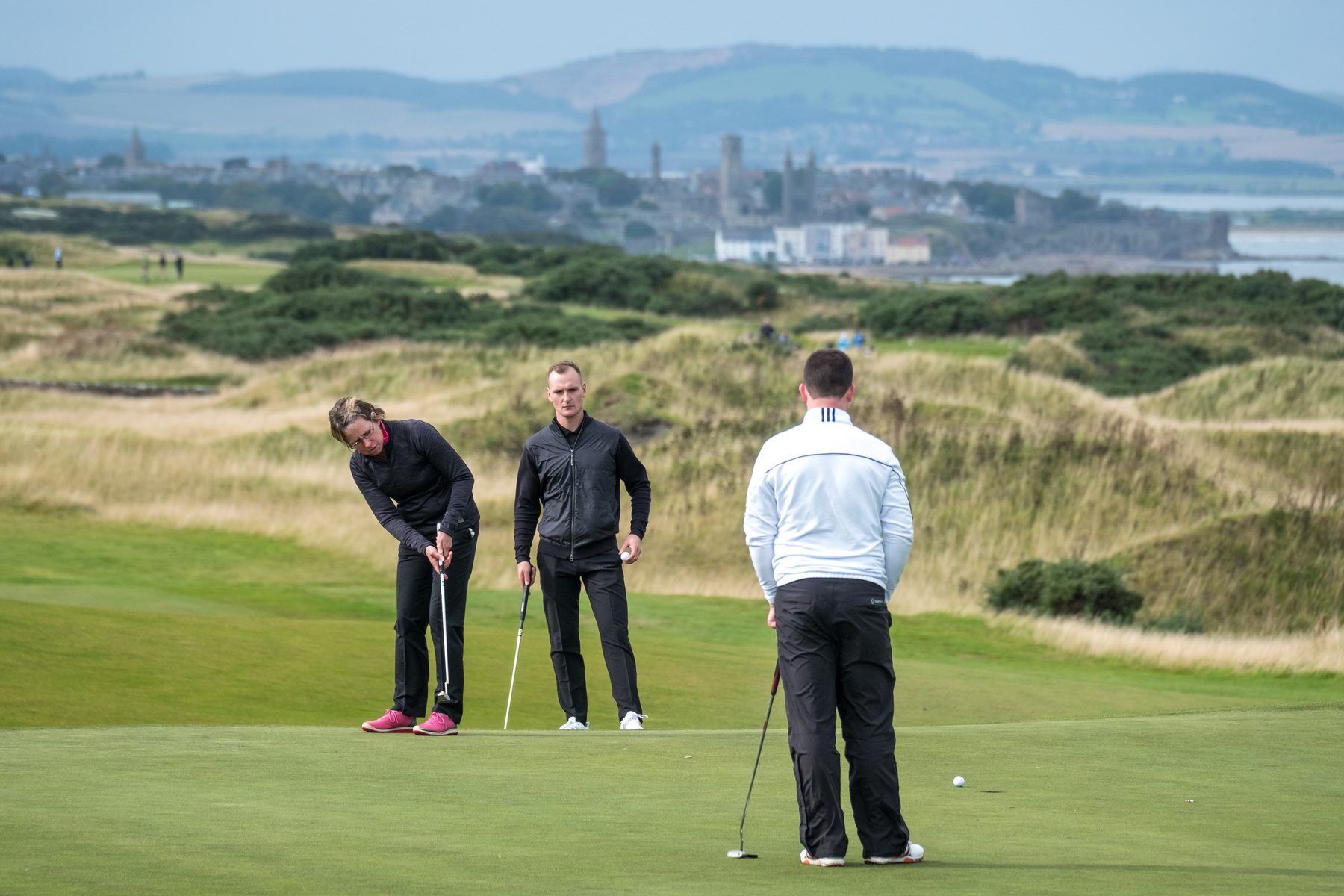 The event will form part of the qualifying process to find Scotland’s finalists for The R&A’s 9-Hole Championship, where winning pairs from the Home Nations will savour the chance of a lifetime to tee up at Carnoustie just days before The Open commences.

Part of the national member benefits package, the free-to-enter 9-hole Championship is open to golfers of all ages and abilities who are members of clubs possessing a designated 9-hole Standard Scratch Score (SSS). Each affiliated club meeting this criteria – of which there are almost 300 – will be invited to host a 9-hole stableford qualifying event before the end of May.

The leading pairs from each club will tee up at the National Final in June, before Scotland’s top four pairings join qualifiers from England, Ireland and Wales in front of the iconic stands at Carnoustie on Saturday 14 July.

Fraser Munro, Head of Events at Scottish Golf, said: “Nine-hole golf has long been part of the game’s fabric in Scotland but we need to do more to promote it to a wider audience and this fantastic event gives us a higher profile platform to achieve this.

“The incentive of playing at Carnoustie in the build-up to The Open is a dream come true and we would encourage as many clubs as possible to sign up and give their members a chance of taking part.”

In a further move by Scottish Golf to address pace of play concerns, ‘Ready Golf’ will be adopted at all championships from 2018. The initiative encourages players to play when they are ready to do so, rather than adhering to the traditional ‘farthest from the hole plays first’ stipulation in the Rules of Golf.

Munro added: “We are committed to speeding up the game and making competitive golf more enjoyable for everyone. We acknowledge slow play continues to be a problem but believe adopting ‘Ready Golf’ is a proactive step towards addressing this issue.”

Scottish Golf’s flagship Women’s and Men’s Amateur Championships will be staged over Elie (5 – 9 June) and Blairgowrie (31 July – 5 August), before The King’s Course at Gleneagles hosts the Carrick Neill Scottish Men’s Open Stroke Play for the first time in late August, a week before the World Amateur Team Championship in Ireland.

Elsewhere, the Scottish Boys’ and Girls’ Amateur Championships will be held at Moray’s Old and New Courses in early July, while the new look Loretto Golf Academy-sponsored Scottish Boys and Girls Under-14s events are being split into two separate championships for the first time in 2018. These will run simultaneously in Edinburgh at Murrayfield and Turnhouse, with the girls’ event also including an Under-16 category.

“Our National Championships provide a platform for players to benchmark themselves against not only the best players in this country but the many golfers travelling internationally to compete,” added Munro. “They also provide a great showcase for clubs to market them themselves to the many thousands of golfers at home and abroad who take an interest in our events.”

Scottish Golf’s full programme of club handicap events will be announced early in 2018, with the PING Scottish Mixed Championship, Revive Active Scottish Women’s Regional Medal Finals and Belhaven Captains & Secretaries Championship joining The R&A 9-hole Championship on the calendar for the year ahead.

The venue for the National 9-Hole Final in June will be confirmed early in 2018.

Further information on all of Scottish Golf’s events can be viewed on the Championships page at www.scottishgolf.org. Entries open at the end of January.

Clubs wishing to register for the National 9-Hole Championship should visit: https://www.scottishgolf.org/events/listings/ra-9-hole-championship/