Royal Wellington’s Chief Executive, Kurt Greve, said: “Environmental and social responsibility is a big part of our Club’s philosophy and vision, that was shown this year hosting New Zealand’s biggest ever golf event, the 2017 AAC Tournament, which was broadcast in 160 countries around the world. Achieving GEO Certification is an enormous milestone for us and confirms from an internationally recognized body that we are doing the right things for the environment and our Club.”

Highlights from the club’s report were across a wide range of sustainability action.  To ensure the preservation of natural habitats, Royal Wellington Golf Club has collaborated with leading New Zealand environmental agencies on stream, wetland and woodland management including buffer zones to protect sensitive areas.  Solar powered sensors were also installed to monitor the flow of the course’s waterways. Furthermore, a tree advisory group supports the club in caring for its valuable forest areas, which include unique New Zealand species, such as a 500-year-old Kahikatea.

A significant effort has also been made to increase resource efficiency. In 2015, an energy audit led to LED lighting upgrades and other energy efficient resource management. Petrol powered golf carts have been replaced by models fitted with rechargeable lithium-ion batteries, and an investment schedule has been put in place for replacing maintenance machinery and irrigation hardware with new, more resource efficient technology. 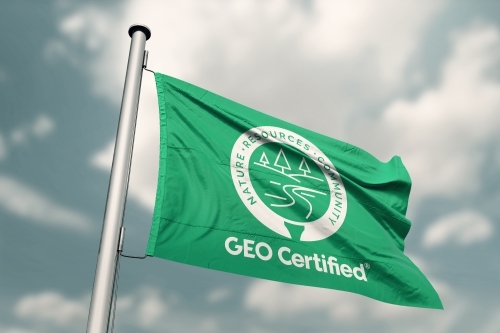 Royal Wellington’s certification also reflects a commitment to the social aspect of sustainability, seeking engagement with the wider community. For example, during the course’s last major renovation, the club collaborated with the Greater Wellington Regional Council to construct a community walking and cycling path along the banks of the Hutt River. This project included replanting the river banks with native species, not only to create an aesthetic recreational environment, but also to improve soil stability.

The golf club has further links with the community through its role as a multi-functional sports facility and as a coaching centre for local schools. The club works closely with the regional body, Wellington Golf, to grow the game in New Zealand’s capital city area.

John Spraggs, Royal Wellington Golf Club’s Director of Agronomy said: “We have always put a lot of effort into being a sustainable golf course in all areas and now it is very satisfying to receive recognition through such an internationally respected certification.”

Will Bowden of Sports Surface Design & Management helped the club during the submission process for the certification and added: “The Club has demonstrated outstanding commitment and using OnCourse®, golf’s new sustainability web-app, certainly streamlined my work with John and his team to input data and record best practices and highlights. We are looking forward to supporting a growing number of New Zealand courses through the programme in the years ahead.”

Dominic Wall, Director—Asia-Pacific at The R&A said: “Royal Wellington provided an excellent stage for the Asia-Pacific Amateur and we were very pleased to see them achieve GEO Certification just prior to the championship.  It’s important for leading courses to play their part in supporting sustainability and demonstrating the benefits this can bring, especially ahead of staging a high-profile event such as the AAC.”

The full independent verification report can be found here.

OnCourse® and GEO Certified® are managed and assured by GEO Foundation, the international not-for-profit founded to provide support and tools for the golf industry.  GEO is a widely-trusted group, working closely with golf organisations worldwide.

GEO Certified® is part of an elite group of well-known ecolabels which include Fairtrade, Rainforest Alliance, and Forest Stewardship Council.  The certification is available to golf facilities, golf tournaments and new golf developments. http://sustainable.golf/