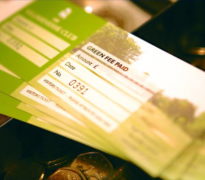 With over 430 clubs now using BRS, the sample used for the research represents nearly 13% of all the clubs in the UK and Ireland. BRS Golf’s Dr. Brian Smith also believes that there is now hard evidence that clubs with the BRS Golf tee time booking system retain much more control over their green fee pricing, while being ideally placed to exploit the growing market for online golf bookings.

The impact of the recession on green fees

Smith explains: “While online tee bookings continue to grow at 30% year on year, the recession has been impacting negatively on golf clubs’ revenues like green fee sales, so we’ve been looking at the effects on green fee prices. We checked a sample of clubs’ published prices ie. on their website using that for 18 holes during the weekdays. We then compared this figure to the prices being paid via their BRS Golf systems, and then compared these with the rates paid via the 3rd party channels.”

“Currently in 2010 to date, the UK average published green fee is £33.80, the price paid via BRS Golf is £26, and the prices paid via the 3rd party channels average out around £12-13. This is hard proof of huge differences, and the impact of selling green fees in an open market where the golf consumer can see and compare the prices being offered by several other clubs in a given area.”

Brain Smith continues: “Comparing just the published green fee prices with previous years, in 2007 the average price was £44.60. Then in 2008 it dropped to £40.70, and in 2009 it dropped again to £34.10. The recession had and is still having a huge downward impact on even the published green fee prices, and now with the ‘age of austerity’ underway, we think this negative pressure will continue for quite some time yet.”

“However we think that the average green fee prices may be starting to bottom out, at least according to our most recent data. In 2008 the average price of a green fee in the UK compared to 2007 dropped by 18%, then again in 2009 by a further 16%. The good news is that in 2010 we are seeing prices harden and at least according to the data for May 2010, increase by 2%.”

Smith thinks this finding is one of the most relevant, and a major argument for having an online booking system: “What our data also shows is that clubs retain more control over the prices they want to sell green fees at when they have a BRS Golf system, compared to what happens when they go into the open supermarkets of the 3rd party channels where the customer can see immediately how a large number of different clubs’ prices compare, and thus which ones are the cheapest.”

Having the best of both worlds

Dr. Brian Smith can see that his customers are much better placed to enjoy two key advantages over their competition: “What is certain from our research and analysis is that if they have the BRS Golf system, golf clubs can have the best of both worlds. They can exploit the growing market preference for online tee time bookings, and retain much more control over the green fee prices they prefer to sell at, when the BRS Golf system is installed on their websites.”

“That said, our customers also know that the real value of BRS Golf’s system is as a 21st century club management tool that gives them shared online booking administration, identification and yield management of available tee times, creation of member and visitor databases, e-mail and SMS text communications, more effective and almost cost-free marketing, and membership retention and building. For any club concerned about its bottom line, we strongly recommend you talk to one of BRS Golf’s 420 satisfied club customers and then try it for yourself.”