Proposal for SGU & SLGA Amalgamation Goes Out to Consultation 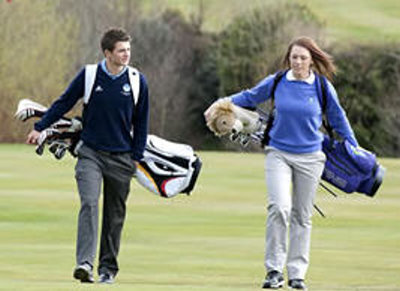 Plans to amalgamate the Scottish Golf Union Ltd (SGU) and Scottish Ladies’ Golfing Association Ltd (SLGA) into a single unified governing body have made “significant progress” after a consultation document was sent to all of the nation’s Clubs, Areas and Counties for consideration.

The ‘Consultation Proposal’ is the result of the endeavours of the Amalgamation Joint Working Group, formed in January 2013 under the independent chairmanship of Alastair Thornton and made up of representatives from the SGU and SLGA.

The Group’s remit was ‘to propose the basis for amalgamating Scottish Golf Union Limited and Scottish Ladies’ Golfing Association Limited into a single, inclusive, modern, democratic and fit for purpose governing body.’

Having met regularly over the past 15 months gathering input, the Group have now sent their Proposal to all voting members of the SGU and the SLGA, as well as to clubs.

A series of consultation meetings with stakeholders will be staged by the SGU and SLGA throughout Scotland in the coming months, with feedback from all parties welcomed up until 31 July.

Thereafter, all feedback will be considered by the Working Group before it finalises its proposals to go to the Boards of the SGU and SLGA and then to the membership of the two bodies for approval later this year.

The correspondence to Clubs, Areas and Counties includes a joint letter from the chairs of the SGU and SLGA, Tom Craig and Beth Paterson, respectively and the Proposal for Amalgamation itself.

It stresses the importance of amalgamation to the overall health of the game, sending out the right message of having a fit for purpose governing body to lead clubs through the challenges they are facing.

In a joint statement, Craig and Paterson said: “We feel that significant progress has been made in producing the ‘Consultation Proposal’ and the right approach is being taken by consulting widely at this time.

The Joint Working Group is not saying it’s a final document, but we believe it covers the key areas required and highlights the importance of amalgamating the two bodies.

“We appreciate it has taken us time to reach this stage, however we are committed to the long term future of our game’s governance.

“Amateur golf is the largest participant membership based sport in Scotland and there is no other sports governing body in Scotland which maintains gender segregation.

“Amalgamation will enable Scottish golf to become a mutually supportive partnership among Clubs, Areas, Counties, Board and Staff; all for the greater good of club members and the game we love.”

The ‘Consultation Proposal’ and related documents are available to view on both the SGU and SLGA websites.