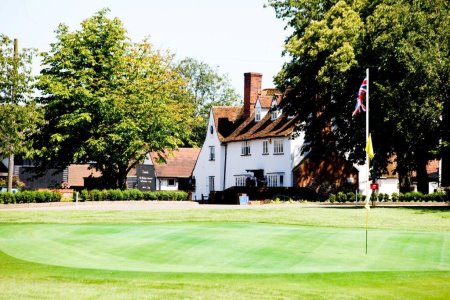 Only one in 10 golf club members is unlikely to renew their subscription for 2014 according to a poll carried out by HowDidiDo, thought to be Europe’s largest golfing community.

Nearly 2,500 club golfers responded to the poll and 90 per cent said they would be renewing. Indeed, only three per cent confirmed they would definitely not be rejoining their club in 2014, with the remaining seven per cent still undecided.

The number of undecided lady members was slightly higher at nine per cent, but as Barry Dyett, HowDidiDo Media’s managing director, observed, the trend is positive and seems to suggest that golf’s economy, at least, may be heading out of the woods.

He said: “It’s still early days, but these figures suggest something more than simply the green shoots of recovery in golf. While we’d all like to see a 100 per cent retention rate in golf club memberships that’s simply never going to happen for a number of disparate reasons, many of them personal and individual.

“If only three per cent of current members say they won’t be renewing their membership, that surely suggests that the industry is doing something right and augurs well for the future.”

HowDidiDo holds in excess of 21 million rounds of golf along with the handicaps, results and scores of more than 1,300,000 UK golf club members. More than 400,000 signed-up members utilise the golfing website regularly to check handicap lists or competition results and to receive special member-only offers from selected partners – yet it remains a free service.

HowDidiDo is now arguably the largest and most up-to-date database of golfers in Europe. What’s more, the brand is also the driving force behind two of the best supported amateur golf events in the UK: the annual Titleist Order of Merit – the largest golf event of its kind in the country – which attracted almost 29,000 entrants in 2012, and the HowDidiDo National Matchplay Championship, which last year attracted almost 1,500 golfers.

It is also currently engaged in a widespread campaign with the BOSS Watches H1 Club to reward all its registered golfers with a luxury timepiece should they record a hole-in-one during an official club competition. Since the programme launched in April, more than 900 HowDidiDo golfers have already received a limited-edition watch worth £225.

Registration to HowDidiDo is required to check handicap lists or competition results, but it remains a free service to any golf club where administrators use CLUB2000 or ClubV1 software from Club Systems International, which is in place at around 2,000 UK clubs. It also provides exclusive benefits and promotions on golfing equipment, travel, insurance and lifestyle products to more than 400,000 signed-up members, via its marketplace partner programme.