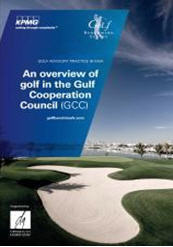 The importance of golf in the GCC (Gulf Cooperation Council) region, and its influence in the development of the global game, was underlined to golf leaders, developers and decision makers, attending KPMG’s eighth annual Golf Business Forum, at the Park Hyatt Dubai, April 17-19.

Now comes the report from KPMG entitles, ‘An Overview of Golf in the Golf Cooperation Council (GCC)’, the key findings of which are:

Andrea Sartori, head of KPMG’s Golf Advisory Practice in EMA (Europe, Middle East and Africa) added: “The European Tour has played a significant part in raising the awareness of golf in the region and KPMG’s new report underlines how the GCC states have used such support to help developers create the highest performing golf businesses across the EMA region.

“The GCC golf industry has been affected by the economic downturn like everyone else. However, people are continuing to enjoy playing golf in the region and the clubs are still offering an unrivalled level of world-class service.”

The new report can be viewed and downloaded at www.golfbusinesscommunity.com