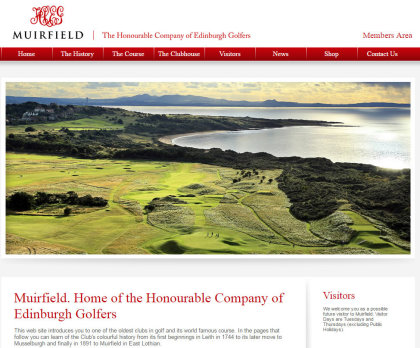 The Honourable Company of Edinburgh Golfers (HCEG), the world’s oldest golf club, is seeking a fresh ballot of its membership on admitting women as members of the Club.

Six weeks ago (on 19 May 2016) the Club announced its admission resolution, supported unanimously by the Club Committee, had failed to reach the required two thirds majority for change. An independently scrutinised postal ballot recorded a vote of 64% in favour of the resolution and 36% against on a turnout of 95% of members eligible to vote.

The Club Committee will now seek authority from the membership, at a Special General Meeting, to hold a fresh postal ballot before the end of the year.

HCEG Captain, Henry Fairweather said: “A substantial majority of our members voted for change and many have voiced their disappointment with the ballot result and with subsequent events. The Club Committee believes that a clear and decisive vote in favour of admitting women as members is required to enable us to begin the task of restoring the reputation of the Club that has been damaged by the earlier ballot outcome.”

Responding to the news of a potential second ballot, an R&A spokesman said yesterday, “We welcome this development.”

In a statement released to the Press Association, leading charity Women in Sport said: “Last month’s decision by members of Muirfield to vote against allowing women golfers to join was a dreadful step backwards for both the club and for the sport in general.

“It is hardly surprising Muirfield’s reputation has been significantly damaged, as it is clear they currently fail to offer an environment that is welcoming to all.

“While we hope a revote will see their membership policies brought into line with gender equality expectations of the 21st century, ensuring women receive the full benefits of this sport should have been happening far sooner.

“We hope the members of Muirfield, who have been afforded a second chance on this issue, will not make the same mistake twice.”