Juniors Invited to Save £20 on 2013 Membership Fees 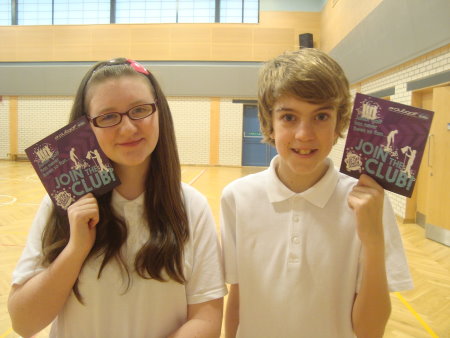 ll children involved in Scotland’s national junior programme, ClubGolf, are being offered a £20 discount when they apply for their first-ever junior golf club membership.

As part of the initiative’s wider goal to increase the number of young people going on to become fully-fledged golf club members, a money saving voucher is being made available to ClubGolf juniors.

This offer, made possible by funding from the Scottish Government, is open until 30 April 2013 and, in some circumstances, could help families save up to a third off of their child’s yearly membership subscription. The average cost of an annual junior golf club membership in Scotland stands at £67.

“I’m delighted that we have been able to bring such an incredible offer to children taking part in ClubGolf coaching in schools and clubs, and owe a great deal of thanks to the Scottish Government for their funding,” said ClubGolf Manager Jackie Davidson.

“As well as introducing as many young people as possible to golf ahead of the Ryder Cup in 2014, it’s our mission to increase the number of junior club members in Scotland over the next five years.

“Hopefully, over the coming months, we’ll see that our £20 discount has allowed more youngsters than ever to become a member of a club for the first time this year.”

More than 40,000 children were introduced to golf through ClubGolf in Scottish schools in 2012, representing a record 81% of P5s, at whom that stage of the programme is targeted.

And, with just over 13% of those going on to take part in Stage 1 coaching at their local golf facility, the benefits of the money-saving scheme for clubs looking to add new members during difficult financial times is considerable.

“We’d love to see all of the juniors who enjoyed their first taste of golf last year become members for the first time in 2013,” added Davidson.

“Hopefully a saving of £20 will allow their parents to make that possible.”

Devoted ClubGolf supporter, First Minister Alex Salmond, who was in attendance when the £20 junior membership offer was first announced at the ‘ClubGolf at the Castle’ event during the 2012 Aberdeen Asset Management Scottish Open at Castle Stuart, said: “Generating and then sustaining the interest of golf in Scotland is important for the future of this country and the health of Scottish clubs.

“So, I am delighted to support this superb offer for children involved in ClubGolf, giving them the chance to take up a discount on their first junior golf club membership.

“As the home of golf, we have a duty to offer access to this great game at club level to as many youngsters as we possibly can. Hopefully, with the help of the fantastic team at ClubGolf and offers such as these, more young people than ever before will decide to become club members for the first time in 2013.”

Parents can apply for a voucher for their child simply by downloading a form from the ClubGolf website www.clubgolfscotland.com/20offer which should then be completed and returned to ClubGolf.

The voucher will then be made available to redeem from their child’s ClubGolf club, of which there are more than 300 nationwide.

The Scottish Government have given a further commitment of £2 million to support the core ClubGolf programme from 2014-2018.

The ClubGolf programme is sponsored by the Royal Bank of Scotland, which is supporting the development of golf at a community level in Scotland for the next two years. Its sponsorship also features the RBS Junior Club and Volunteer of the Year Awards, which rewards clubs and individuals making an outstanding contribution to the game at the grass roots.