Grow the Game of Golf 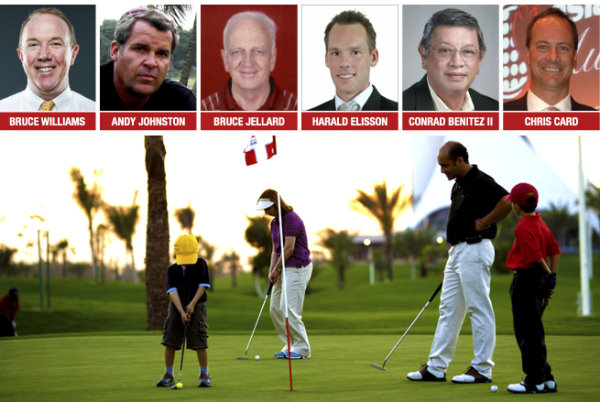 All of us involved in the golf industry are perpetually confronted by this issue – how do we grow the game of golf?

While some in the industry are making every effort to face the challenge head on, most golfers don’t want to think about their clubs as a business.

According to noted golf journalist Steve Eubanks, “They’re on the golf course to get away from that sort of thing. But numbers matter. If we don’t make growing the game everybody’s job, then it will be nobody’s job. And if it’s nobody’s job, the game could look a lot different at the end of next year than it does now.”

According to a recent study by the National Golf Foundation, 400,000 fewer people in North America play golf now than two years ago, and rounds-of-golf-played have been tumbling for five straight years.

The average course is 17% less busy now than it was a decade ago, and that’s with far fewer courses. More than 157 courses permanently shut their doors last year, another high point.

This is what will be probed during a panel discussion at the 2013 Asia Pacific Golf Summit to be staged on 5 – 7 November at the five-star Shangri-la Hotel Jakarta.

“Growing the game of golf is of paramount importance and it is a universal challenge – all of us in the industry have to make a concerted effort to find ways and means to keep the game growing instead of just sweeping the problem under the rug,” declared Mike Sebastian, chief executive officer of the Asia Pacific Golf Group, the owner and producer of APGS 2013.

A high level panel has been set up to discuss the challenge and the following experts have been engaged to tackle the topic:

Come and listen as these experts search for lasting solutions to prepare Asia to grow the game of golf.

Online Registration is open and you can book your seat to attend one of the world’s great business summits on golf. Click Here to register!