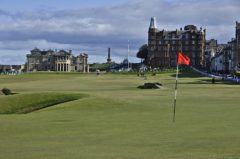 The survey shows that the third most popular sport to attract foreign tourists is Horse Racing.

Most visitors who travel to England  to watch sport are from Ireland, with 400,000. Despite the slowdown in foreign tourists arrivals in the near future, sport tourism industry has not been affected. In fact it is expected to grow for 2009 and 2010. World Class Sporting events is keeping England Tourism Industry strong.